Snapchat to Roll Out a News and Advertising Platform 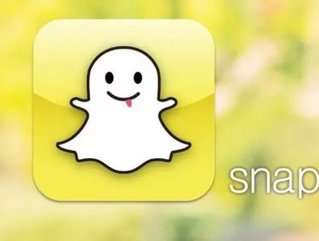 Snapchat, the company behind vanishing picture messages, could soon offer a platform that allows users to share disappearing TV and movie clips, news articles and advertisements.

According to a report in the Wall Street Journal, Snapchat has help discussions with a number of advertising and media companies about a service called Snapchat Discovery, which would show content and adverts to users.

It is understood that Snapchat Discovery will be rolled out in November 2014, and that a number of high profile news organisations will be onboard.

Snapchat is yet to confirm or deny the existence of Snapchat Discovery, however it is believed that the new feature will allow media companies, such as newspapers, news channels and magazines to share video clips and daily content with users. They can access the content in the same way they access images sent from friends.

The move could be a step in the right direction for Snapchat from a financial point of view. Last year the startup raised funding at a valuation of more than $2 billion and spurned an acquisition offer of about $3 billion from Facebook. Since then, it has sought to raise money from investors at increasingly high valuations.

Snapchat is looking to user its young and tech savvy user base as leverage for marketing revenue. While Snapchat has not disclosed the number of users to the public, researcher comScore estimates 27 million people used the app on iPhones and Android phones in June, up from 11 million a year ago.

Snapchat users send more than 500 million “snaps,” or vanishing messages, a day; over 50 percent of the app's users are aged 13 to 17; and that the average user checks his or her account 14 times a day, according to marketing news site Digiday.

If Snapchat can effectively connect with large content providers, it has a product than many marketers would be interested in.