Social media and the workforce 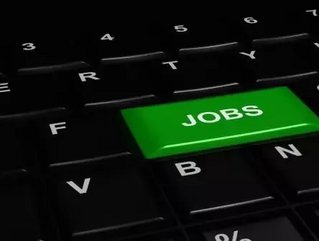 "In the old talent attraction model, companies showed scant concern for the job seeker experience, enjoyed relative anonymity in terms of the true nature of their corporate culture and work environment, and rarely marketed themselves as a place to work," said Roy Krause, CEO of SFN Group, Inc. in the press release. "The online revolution has changed all that, fueling the need for companies to build relevant social media strategies into their workforce planning efforts."

The study found many companies continue to apply conventional thinking to attracting, cultivating and retaining workers — a strategy that may fall short in today's digital world.

According to the study, only four percent of HR executives use social networking to recruit. “For many, attracting workers remains a sterile, one-size-fits-all approach, regardless of an onslaught of social media that now offers boundless opportunities to target specific candidate groups and tap into markets which might otherwise have been inaccessible.”

The study found that for 75 percent of workers, their job means more than just making money. Eighty eight percent want to think of new and creative ways to do things, with most workers naming growth potential as the top reason to stay beyond pay and benefits. One of the most effective venues to engage workers is social media, yet of the 44 percent of businesses using it, only 20 percent use it to motivate existing employees.

Less than 20 percent of companies leverage social media to retain employees and only 23 percent of HR executives said they are concerned about retention. Krause concluded, "The new rules of attracting, cultivating and retaining talent center on intangibles, such as respect, clarity of mission, career growth and employer brand values. Social media represents an ideal delivery option and stands to be a game changer in the ability to compete successfully."