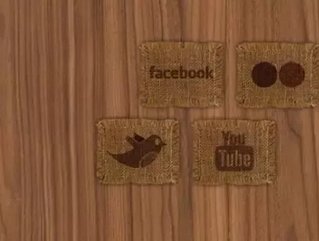 When most people think of manufacturing, they conjure up images of dark, dirty factories and mechanical robots along an assembly line. Today’s leading manufacturers are working to change those antiquated notions by reenergizing the industry with hip new messages disseminated through online communication channels.

Manufacturers are starting to realize that the best way to connect their products with a new consumer base is to use the new mediums, which coincidentally were created by Generation Y. Target advertising has a whole new meaning. As a result, in 2010, manufacturers like LG and GM Canada have jumped into social media marketing.

Brand Definition: LG strives to enhance its customer’s life and lifestyle with intelligent product features, intuitive functionality, and exceptional performance. Choosing LG is a form of self-expression and a promise of satisfaction. Our customers take pride in owning an object of excellence and take comfort in knowing they’ve made a smart, informed purchase, every time.

Facebook Fans: LG Electronics Canada has a robust Facebook following with 7,267 fans. Along with constant wall updates, the LG Facebook page also has a ‘Life’s Good’ tab, a ‘Contest’ tab, a ‘Video’ tab and a ‘Photos’ tab. The Company utilizes the tabs as a 21st century Call to Action.

Twitter Tweets: Ground zero for the ‘The LG Rocks Your City’ winter festival promotion, @LGCanada has constant tweets encouraging followers to participate by voting at the Company website. LG strategically uses Twitter to initiate conversation and then adeptly directs customers to the website to keep the conversation going by exposure to products.

Bonus: The LG YouTube channel features a combination of exciting video and intriguing commercials from snowboarding clips to a Fashion Week spoof. All of the mediums are prominently displayed on the homepage and intertwined to create a full-scale entertaining media experience. Users can easily develop a social relationship with the LG brand.

Brand Definition: Research In Motion (RIM), is the designer and manufacturer of the award-winning BlackBerry smartphone, used by millions of people around the world. The company also creates software for businesses and the operating system that allows the BlackBerry smartphone to provide mobile access to email, IM, apps, media files, the Internet and more.

Facebook Fans: RIM keeps a distinct line between the Company name and the Blackberry product line, going as far as titling all social media accounts Blackberry. The Blackberry Facebook page has 3,070,858 fans. Blackberry’s Facebook page is more of a technical service representative than a Call to Action, listing numerous Help resources. The page also contains all the different products offered and features video of people using their Blackberry to their advantage.

Bonus: The Blackberry YouTube channel pushes the ‘Love What You Do’ campaign, and pushes it hard. The entire playlist features television commercials from the marketing campaign. Unlike most YouTube channels, the Blackberry channel doesn’t include an original content and provides nothing new, which is generally a no-no in today’s churn and burn culture.

Facebook Fans: With only 188,027 fans, GM doesn’t appear to have mastered the social media marketing world, but the Company is enjoy a recent resurgence and the online channels have played a part in keeping the GM brand relevant. The page is very straightforward with photos, discussions, contests and company information.

Twitter Tweets: GM Canada wastes no opportunity highlighting recent awards and accolades, which customers need to be reminded of, especially with brands whose longevity leads them to be taken for granted. ‘Best New’ is the phrase of choice for GM Twitter.

Bonus: GM Canada has made the brand more personal with its Flickr page. The Company dumped the tired photos of car after car and noticeably focused on the people. The personal connections are powerful and GM Canada is ditching the social media flash for customer experience.