Social Media in the Workplace: Key Lessons for Business Professionals 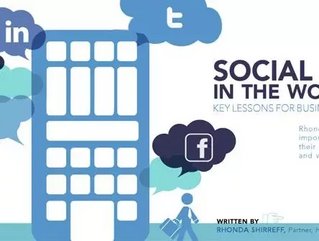 The Business Case for Social Media

Business professionals have good reason to take note of social media’s growing popularity.  In a recent study by the Privacy Commissioner of Canada, over 50% of Canadian respondents reported using social media services such as Facebook and LinkedIn (source: Office of the Privacy Commissioner of Canada, dated 31 March 2011).  Tech-savvy businesses have leveraged this ubiquity in various ways.  For example, on survey indicated that 87% of Canadian recruiters treated LinkedIn as their ‘primary resource’ for connecting with job candidates, with 67% claiming an improvement in quality of hire and 49% claiming a reduction in time to hire (Source: Head2Head Canada, ‘90% of Canadian Recruiters Using Social Media to Find Candidates’, dated 18 November 2010).  Other businesses have leveraged social media to create new markets and improve connections with clients.

Although opportunities to data-mine social media might seem as attractive as a Wild West gold rush, businesses today should recognize that they do not operate in a regulatory vacuum.  Employer and employee conduct is subject to Canada’s privacy, human rights, and employment laws, irrespective of whether that conducts takes place online or offline.

In Alberta, British Columbia, Quebec, and for industries under federal jurisdiction, privacy legislation regulates aspects of social media by restricting the ability of private-sector businesses to collect, use, and disclose personal information about customers and employees without the consent of those individuals, unless the applicable statute states otherwise.  These businesses are held accountable for the personal information under their custody or control and are required, among other things, to protect personal information from unauthorized disclosure, and ensure that personal information is not used for purposes other than those for which it was obtained.  Failure to do so may result in an investigation by the applicable privacy commissioner, and in some jurisdictions, ground a court-ordered award for damages.

In provinces without privacy legislation, aggrieved individuals are able to sue for damages.  Specifically, British Columbia, Saskatchewan, Manitoba, and Newfoundland have enacted a statutory tort of invasion of privacy, while Ontario’s Court of Appeal recently recognized a similar tort under the province’s common law.

An employer may be liable under these torts if, for example, without proper consent, it conducts unauthorized surveillance, uses a person’s name, likeness, or voice for commercial gain, or uses other personal information for similar improper purposes.

An employer’s use of social media is also governed by Canada’s human rights laws.

Human rights laws in all Canadian jurisdictions prohibit businesses from relying on prohibited grounds when making decisions or acting in a way that affects a person’s employment or receipt of goods or services.  The prohibited grounds vary somewhat by jurisdiction, but generally include race, colour, ethnic origin, age, religion, disability, gender, sexual orientation, family status, and disability.  Individuals are also protected from harassment based on any of these grounds.

Employers may use social media tools to attract and screen potential candidates as long as no decisions are made that rely on information linked directly or indirectly to prohibited grounds of discrimination.  However, given the amount of personal information publicly shared on social networking sites, and the extent of some individuals’ online presence, this can be a difficult task.  Employers searching a candidate’s or employee’s name online open a potential Pandora’s Box of information.

Take the example of two short-listed candidates for a vacant position.  If a recruiter inadvertently mentions that both candidates were searched online, an employer might face a difficult human rights case if that unsuccessful candidate’s online presence revealed him or her to be associated with a protected group (eg. LGBT).

Similarly, an employer screening candidates’ social networking presence for evidence of “good character” or “judgment” may face liability even if the information discovered only indirectly links an individual to a prohibited ground.  A stated interest in reggae music, for example, may give rise to a presumption of ethnicity, just as certain extracurricular activities or associations may give rise to a presumption of family status, religion, disability, and so on.

It follows that employers should limit the sources of information considered when making hiring decisions.  If an employer wishes to consider information outside a candidate’s resumé, it should ensure that information is rationally connected to the requirements of the job in question.  For example, a marketing firm reviewing the online portfolio of a candidate for a public relations position will raise fewer eyebrows than a bank screening the Facebook page of a candidate for a teller’s position.

Some businesses have reportedly taken the extraordinary step of asking job candidates, and even current employees, to disclose their social networking login credentials.  Although this is not illegal per se, as a best practice such a request should never be made.  Not only will an employer likely discover information linked to prohibited grounds, it may also be in violation of privacy laws by viewing information about third parties (i.e. the employee’s “friends”) who consented to share information only with a particular individual, not his or her employer.

Employers may generally monitor their employees’ internet and social media use at work, provided that this practice is clearly communicated to employees in a written policy, and the policy is consistently enforced.  In unionized workplaces, the policy must be consistent with the collective agreement.

When considering whether a particular form of monitoring is reasonable, courts and privacy regulators will apply the following four-part test:

1.      Is the workplace monitoring demonstrably necessary to meet a specific need?

2.      Is the method chosen likely to be effective in meeting that need?

3.      Is the loss of privacy proportional to the benefit gained?

4.      Is there a less intrusive way for the employer to achieve the same end?

Under the four-part test, an “acceptable use” internet policy giving an employer the right to monitor the websites an employee visits at work will generally be considered as effective, yet far less invasive, than monitoring internet activity through, for instance, a keystroke logger that records everything an employee types.

In a unionized workplace, excessive and unjustified monitoring will undoubtedly attract individual and policy grievances.  Non-union employees subject to excessive and unjustified monitoring may, in some circumstances, elect to treat themselves as having been harassed and/or constructively dismissed and, therefore, entitled to claim human rights and/or common law damages.

Provided that employees are aware of the reasonable internet use policy and the policy is consistently enforced, employers may discipline employees up to and including dismissal for inappropriately using social media on company time.

The more challenging and practical problem, however, concerns an employee’s misuse of social media away from work.  It is not uncommon, for example, for employees to vent about their work experiences on their personal social media pages.  In these situations, to be disciplinable, the employee’s misconduct must harm the employer’s reputation and/or significantly impair the employment relationship.  Note that arbitrators and courts will generally not accept that an employer’s reputation has been harmed simply because the employee expressed dissatisfaction about work (eg. “my job is terrible”).  Rather, at a minimum the disparaging remarks must be specifically directed towards the employer or manager (eg. “X is a terrible employer”).

Another challenging problem concerns an employee’s post-termination postings on social media.  It is not uncommon for the ex-employee to make emotional and inappropriate remarks online in the wake of an involuntary termination.  Because the employment relationship has ended, an employer’s ability to address disparaging remarks made online is quite limited.  Moreover, if the parties are engaged in unjust dismissal litigation, the employer will rarely be permitted to rely on post-termination conduct to justify the dismissal.  An important exception to this occurs, however, when the post-termination conduct is of the same type that gave rise to termination in the first place.  In such cases, if the employee was terminated for inappropriate use of social media, the employer may be able to rely on subsequent social media misuse to support its case.