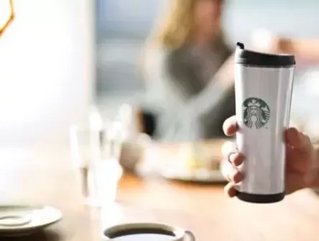 Beer and wine at Starbucks? It’s not exactly a new concept per se—the Seattle-based brand may be best known for its coffee and specialty espresso drinks, but as our sister site FDF World has often recounted, in recent years Starbucks CEO Howard Schultz has been intent on driving the business toward a more diversified menu.

Starbucks has been relatively slow to roll out its “Evenings” menu, introducing it in just over 70 locations in the past five years. Now the menu, which trades morning lattes and croissants in for adult beverages and tapas, the select menu has finally reached the east coast: this week Starbucks launched its first Starbucks Evenings menu in New York City at its North 7th Street location in Williamsburg.

According to Vanity Fair, who was on the scene in Williamsburg to try out the new fare, the Starbucks Evenings menu was conceived of as a way to meet the needs of its consumers, especially its female clientele, in a whole new way that evolves after the morning breakfast rush:

The idea was born from customers, she said—women, in particular—who said they wanted Starbucks to be a comfortable place to go in the evening, whether they were alone or with company. If they didn’t feel like cleaning their houses but wanted to host a book club, they wanted another option, where they wouldn’t feel rushed like they usually were in the mornings, or limited to ordering a coffee and a muffin.

Business Insider has an array of appetizing images from the launch including salumi plates and flatbreads, and according to Vanity Fair, the pricing appears to be on point:

The menu is made up of 10 wines—5 reds, 4 whites, and a prosecco—which range from $8 to $15 per glass nationally. There are four beers, which, in the case of the Williamsburg outpost, all hail from Brooklyn, for $4 to $5 a pop. The small plates top off at $7. That’s a downright steal, especially in a city of the $16 cocktail and $10 green juice. But that’s the pricing sweet spot Starbucks found while testing the concept over the last five years, according to Rachel Antalek, certified sommelier and vice president of concept innovation at the company.

One of the biggest challenges for Starbucks over the years has been finding a way to maintain a steady rate of customers even after the breakfast and lunch day parts end—the chain has tackled this in many ways, including its recurring Treat Receipt promotion that entices morning customers to return after 2:30PM for a discounted drink. But by rolling out methodically and taking notice of its customer base, this could ultimately be the chain’s most successful bid to capture the all-day market yet.