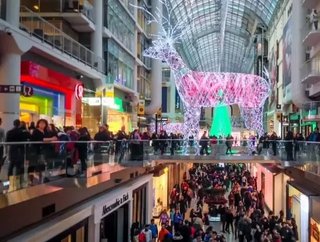 If your business is considering going all-out with price slashing and early opening times for Black Friday, the first-day-of-Christmas-shopping frenzy that has sprung up the day after American Thanksgiving, you may want to think again. Apart from a few key retail subsectors, a new report from Statistics Canada suggests that most retailers in Canada don’t see much of an ROI on Black Friday efforts.

Statistics Canada reported that, between 2006 and 2014—during which Black Friday sales really started to ramp up and creep into the Thursday ahead—annual retail sales in November have only increased from 8.4 percent to 8.5 percent. While sales have declined from 9.9 percent to 9.3 percent over the same time period, the report confirms that for Canadian shoppers December has maintained its status as the biggest shopping month of the year.

As the statistics panel added, there are a few select subsectors that experience an uptick in sales during November—clothing and accessory stores, as well as sporting goods and hobby stores—but these have more to do with the changing of the seasons and colder months ahead. Electronics and appliance stores, on the other hand, can fairly attribute a higher sales rate in November to the success of discount deals: Statistics Canada noted that electronics sales in Canada have declined from 16.1 percent to 14.5 percent in December, while they have climbed from 8.9 percent to 10.1 percent in November.

But even with that shift, the data still points to December as the month of choice for the majority of Canadian holiday shoppers. For Canadian retailers, it seems that it still pays more to focus on capturing sales in the weeks to come.