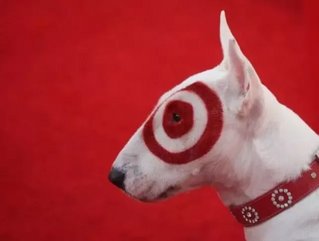 After losing a reported $1 billion since launching their Canadian chain last year, Target is looking to draw customers into their stores through price matching.

Target will also match any other retailers advertising within the local area.  However, Canada-wide price matching is not permitted, according to an email that Gibson sent to CBC News.

A recent news release from Target stated, “We'll continue to offer price matching if a guest buys a qualifying item at a Target store and then finds the identical item for less in the following week's Target flyer.  To deliver fast service with unbeatable prices, price matching is now available at any check lane, not only the Guest Service desk.”

Wal-Mart has a similar policy called “Ad Match.”  It also allows for price matching within the local area.  Despite that, online consumers have been reporting incidents of individual Wal-Mart store managers deviating from the policy since last winter.  Because of this, online forums where users seek out the lowest prices in Canada have grown.

Halifax shopper Nichola Fish-Cumine told CBC that her family has saved hundreds of dollars each month using the policy, with the help of social media.

"There's so many forums out there. A lot of us will help each other find out where those sales are," Fish-Cumine said.

Target faces a substantial battle in turning around its troubled 127 stores within Canada, which collectively employ roughly 20,000 people.  The company recently released an “apology” video on Youtube that featured members of management and store employees expressing remorse for their shaky foray into the market and promising to make a better showing in the future.

“Maybe we didn’t put our best foot forward when we entered into Canada,” Damien Liddle, senior corporate counsel with Target Canada, said in the video. “We had some disappointments. Certainly we think we’ve disappointed our guests.”

From the looks of it, the company seems acutely aware of their mistakes.  The majority of customer complaints seemed to involve empty shelves and unreasonably high prices.  A contrite Target team member closed the video by reading a tweet from a customer that said, “If you want a second chance with Canadian customers, live up to the motto.  You can’t say ‘expect more.’”  At this point, it seems that Target will have to exceed Canadians’ expectations in order to make it in the market.