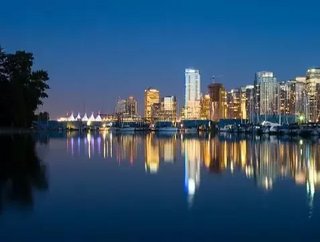 A list of the top 5 Hotels in Vancouver based on trip advisor ratings.

The Shangri-La Hotel is a luxury hotel based in Vancouver. Its facilities include a business and conference centre, a library, complimentary shoeshine service, house doctor, child care and a taxi and limousine service. Out of 1,492 reviews on trip advisor, the hotel has been rated ‘excellent’, at 4 and a half stars.

Wedgewood Hotel and Spa is one of Canada’s leading luxury hotels, located in downtown Vancouver. They are one of the only hotels in Vancouver to offer private balconies. The hotel is family run, and offers 83 rooms and suits, a spa, salons and a restaurant and lounge. Out of 1,320 trip advisor reviews, the hotel has been rated ‘excellent’, at 4 and a half stars.

Rosewood Hotel Georgia is a historic Vancouver hotel first opened 1927 as Hotel Georgia, and quickly became known as the city’s most fashionable retreat and one of the best hotels in Vancouver. In 2011, the hotel underwent extensive renovations and reopened in June 2011 as Rosewood Hotel Georgia. The hotel has a five-star rating on trip advisor, with some reviews describing it as an ‘outstanding hotel’, ‘perfect luxury’ and a ‘beautiful hotel’.

The Fairmont Pacific Rim is the most highly rated hotel on trip advisor, with 2,647 views and a five-star rating. The hotel includes three restaurants, an outdoor rooftop pool and spa, meeting facilities and a business centre. The rooms include 24/7 room service, flat-screen TV’s and Nespresso machines, as well as minibars and free Wi-Fi. Upgraded rooms include whirlpool bath tubs, patios with fire pits and harbour views. The club level rooms come complete with a butler, free breakfast, afternoon tea and a private lounge serving drinks and appetizers.