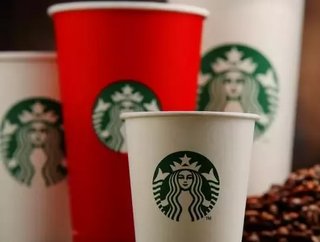 Starbucks has been in the news lately for a number of different reasons, ranging from the return of the famous ‘Pumpkin Spice Latte’, the amount of calories in their drinks, to even the cups which are used by the company to celebrate the start of the winter season.

The company’s profits are continually increasing year on year, of which its most rapid growth is currently from China and South pacific regions, at which the company will be expanding their operations in the region by doubling its stores by 2021.

In light of the upcoming Christmas season, we take a look at Starbucks’ top 5 drinks, which have cemented Starbucks’ status as one of the most successful coffee companies in the world.

One of the most popular winter drinks, the Pumpkin Spiced Latte hit the market in 2003 and was an instant hit with consumers. Only released at the turn of the autumn season, pumpkin, cinnamon, nutmeg and clove are topped with whipped cream, helping consumers get into the winter spirit, at which Starbucks have since sold over 200 million since its release.

Lift sharing company Uber has recently collaborated with the coffee chain to order to deliver Starbuck’s drinks in certain areas around the world.

One of Starbucks top winter selling, aligning with Christmas festivities and brightening up peoples spirits is the Gingerbread Latte. The gingerbread syrup, mixed with espresso and steamed milk is one drink which will always be popular.

Another drink to celebrate the upcoming Christmas festitivies is the Eggnog Latte, consisting of expresso, eggnog and nutmeg. The Eggnog Latte made a comeback in 2014 after being taken off the menu to complete uproar, but is now a firm winter favourite on the Starbucks menu.