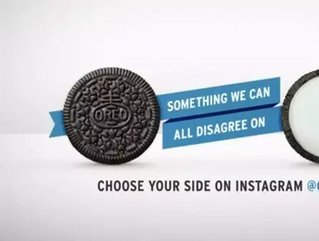 Super Bowl XLVII was one of the most interesting games in Super Bowl history. A game that had Ravens and 49ers fans on the edge of their seats, the football game was interesting to say the least, with each team dominating a half. Even further, a power outage at the Mercedes-Benz Superdome postponed game play for approximately 30 minutes.

No matter why you watch the Super Bowl, whether for the game or the commercials, Super Bowl XLVII was entertaining in many aspects.  On the advertising side, many major brands invested majorly into the sports event with a 30 second commercial costing an average of approximately $4 million. With these types of investments come commercials that could be described as best commercials of the year and advertisers rose to the challenge in 2013.

See which companies Business Review North America believes were successful in breaking through the Super Bowl XLVII clutter and thus are memorable to the US consumer audience:

A comedic commercial about an argument that gets out of hand over whether one prefers the cookie or cream part of an Oreo. Set in a library, the argument ranges way out of proportion but doesn’t become louder than a whisper due to typical library rules.

A fan-made commercial that won the Doritos Crash the Super Bowl Contest, Goat 4 Sale shares the story about a Dorito obsessed Goat and the changing of hands of his ownership. Utilizing themes from viral goat videos online, the commercial was directed by Georgia-based Director Ben Callner.

3. Samsung
The Next Big Thing

Cars.com shows the simplicity of buying a car through their service but highlights that it takes out all the drama in purchasing a vehicle. The commercial shares one couple's interaction with a baby wolf and its Mom as an alternative to "the back and forth" that usually accompanies the car buying process.

The Axe Apollo commercial tells the story of a damsel in distress and a lifeguard’s efforts to save her. In the end she must make an important choice between Lifeguard and Astronaut.

Tide shares the story of one man’s journey once a chip leaves a stain on his jersey shaped like Joe Montana. Success and riches abound, will his wife, a Ravens fan, be able to stand the 49ers glory?

Pulling on the heartstrings of the nation, Budweiser shows the life and friendship between a horse breeder and a Clydesdale horse. Following the sentimental themes of this annual Super Bowl campaign, Budweiser reached women and men alike in its Super Bowl XLVII commercial.

On the other hand, there was one commercial that should’ve been big, but missed its mark entirely. Heralded as the debut commercial for an introduction of BlackBerry 10 to Americans, the commercial highlights the day in the life of an average Joe whose phone seems to be altering the world around him. Quite confusing and highlighting aspects of the OS that are non-existent, the BlackBerry 10 commercial was almost anonymous in comparison to other smartphone commercials as it didn’t differentiate itself enough among its competitors. Ending on the tagline “In 30 seconds, it’s quicker to show you what it can’t do,” the commercial left audiences without any idea on what the BlackBerry 10 OS actually can do.