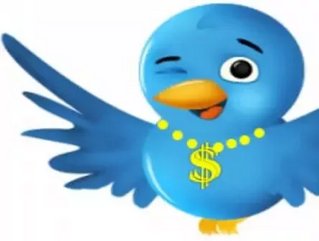 There has been buzz throughout the week about the value of Twitter, particularly after The Wall Street Journal reported that the micro-blogging site was worth up to $7 billion dollars.

Thanks to The New York Times, some more definite numbers have rolled in, and Twitter is worth an estimated $8 billion.

San Francisco-based Twitter has been raising $400 million during a private funding round that doubles the company’s valuation from its $3.7 billion value after raising $200 million in December.

The funding round this time will be split into two portions, led by Yuri Milner’s investment firm DST Global with participation from previous investors like venture capital firm Kleiner Perkins Caufield & Byers.

Other online companies like Zynga and Groupon are going public this summer, but Twitter has resisted entering public markets, possibly because the site isn’t generating nearly as much in ad sales.

Twitter makes about $200 million from advertising annually, which means an $8 billion valuation is about 40 times its sales.

According to the Times, Zynga generated $597.5 million last year with a profit of $90.6 million. When Zynga goes public, it is expected to offer shares at a valuation of at least $20 billion, amounting to about 33 times sales.

Recent studies show that despite low ad revenue, Twitter is definitely gaining popularity. Twitter currently has more than 200 million users who send an approximate total of 200 million tweets a day. That’s a huge jump from this time last year, when users were only sending 65 million daily tweets.