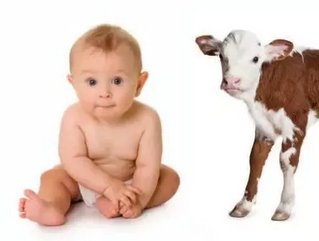 Those who picked up a hard copy of Fast Forward Weekly today may have seen a controversial ad by the Vancouver Humane Society comparing the Calgary Stampede’s calf roping competition to abusing a three month old child.

Placed to call attention to what Vancouver Humane Society claims is animal abuse of the sport, the ad features a calf next to a human baby with the words “Just 3 months old – Would you abuse a baby to entertain a crowd?” See the ad below:

Will this ad make the Calgary Stampede and its operators change their tune? Meant to be “thought provoking,” the Vancouver Humane Society definitely got its point across, but what will the consequences be as a result?

On the Vancouver Humane Society website, “Diane from Calgary” left a comment stating her opinion about the ad. “I think people in Vancouver have way more problems themselves & should look in their own backyards before coming to Calgary,” said Diane. The comment continued by calling into question Dr. Peter John Soja, a Professor from Vancouver, who Diane claims is experimenting on cats. “Since I am a cat lover I’d like some explanation as to why these animals have to suffer so some guy can get his PHD?”

What do you think about the advertisement? Connect and discuss with Business Review Canada on our official Twitter page @BizReviewCanada.