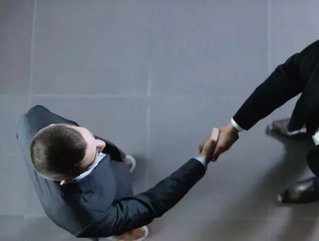 14. Which major network passed on producing The Cosby Show when initially approached by Bill Cosby?

Related: Reasons Why Sustainability is a Good Business Decision

13. Reese’s Pieces tripled in sales after being featured in ET—too bad this major candy manufacturer was asked first but decided not to participate.

12. Kodak, the now bankrupt camera company, was the original creator of the digital camera but decided not to tell the world—can you guess why?

11. Schlitz Beer, a brand hardly anyone has ever heard of today, used to be the second most popular brand in the U.S. What happened?

10. Webcrawler, the internet search function created by Excite, had the chance to buy Google at a ridiculously low price—and after passing once, the now internet-giant (which grosses approximately $60 billion per year) even lowered the asking price to this.

Related: How Google has Changed the World: 10 Years Since IPO

9. The world’s first oil drilling apparatus was developed by Edwin Drake but the million-dollar tool was introduced to the market by someone else. What happened?

8. What invention did Western Union scoff at, passing on the chance to purchase the patent for the “electrical toy”?

6. Which video game company turned down Steve Jobs and Steve Wozniak when approached with what would soon become the world’s first Personal Computer?

5. A record label’s Manager of Talent actually passed on the opportunity to sign the Beatles in 1962. His reasoning is priceless.

4. Coca-Cola tried to reinvent itself with a new name and new taste—called New Coke—and the world flipped. What was the reasoning for such a negative reaction?

3. This now bankrupt company (we’re sensing a theme here…) passed on the chance to buy Netflix for a mere $50 million. Can you guess which one?

2. When three major stars left their roles on MASH, Fox decided to sell the rights for all 168 episodes to various television stations for $20 million. You’ll never believe how much each episode grossed afterwards.

1. Walmart versus Kmart: How did the new kid on the block push out the old favorite?

Watch the video below for all the details.