Wal-Mart grabs 13 Target Canada locations—what does this mean for the economy? 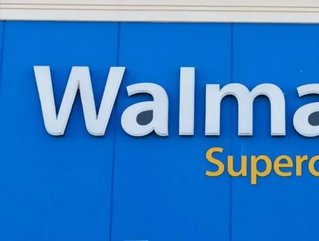 Business Review Canada recently reported that Canadian Tire will be taking over some of Target Canada’s locations. Interesting enough, Wal-Mart seems to be following the trend. Specifically, Wal-Mart Canada will be purchasing 13 of the locations that formerly housed Targets. $165 million will spent on leases alone, while another $185 million will be used for renovations. If all goes well, renovations could actually begin in a few months. But what does this exactly mean for the economy?

RELATED TOPIC: What other retailers can learn from Canadian Tire’s recent expansion

When Target Canada closed their doors, many lost their jobs. However, with the expansion of Wal-Mart Canada, 1,500 trade and construction workers could potentially find employment. Furthermore, the company plans to hire 2,400 people to set up and staff the new stores, as well as an additional 1,000 for the distribution centre that Wal-Mart plans to cease, too.

RECENT TOPIC: How CEOs can protect themselves from fraud

As with Canadian Tire, more Wal-Mart stores will be popping up everywhere in Canada, such as British Columbia, Ontario, Ottawa, Quebec and more. With more jobs, the economy in Canada could grow. Here’s how:

Those who were once unemployed will not only have an opportunity to secure a job, but in doing so, they’ll also gain a paycheck that will assist with any financial issues. Increased employee earnings often lead to a higher rate of consumer spending, which helps to benefit various businesses. This, of course, can help with the overall economy and give businesses the chance to thrive.

Clearly, a high level of unemployment will negatively impact an economy. But if there are more jobs and more money, then consumers will most likely spend more on a variety of goods and services. And if consumers are spending more money on goods and services, then more capital stands to be available for companies and businesses in the area.

RECENT TOPIC: Stay strong with these easy and tasty snacks

Have a reason to hire

Though new jobs can help an economy grow, it’s important to remember to not hire employees just to hire them. Business owners need to avoid weighing down their company’s revenue, as well as avoid potentially hurting productivity with too many workers. Only hire new workers when there is need that has been proposed by the market or if your store specifically has a demand for new employees.

RECENT TOPIC: Do you have CEO style? Wardrobe tips for men who are in charge