Walmart to expand online grocery delivery service to over 100 cities 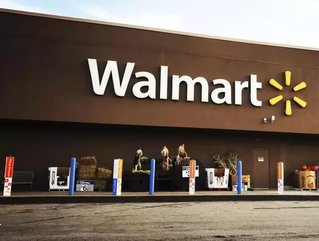 Walmart has announced that this year it will be expanding its online grocery delivery service by more than 40%, making it available across more than 100 US cities.

Walmart has been significantly ramping up its online presence and digital service offerings in recent times in an effort to compete more readily with rival retailer Amazon, particularly following the ecommerce giant’s acquisition of Whole Foods last year.

Just last month, Amazon announced that it would be rolling out a free two-hour delivery on Whole Foods purchases for Amazon Prime members in Austin, Cincinnati, Dallas and Virginia Beach, whilst also claiming that this would be expanded to every Whole Foods by the end of the year.

In the aim of competing with this, Walmart has said that it will be hiring thousands more personal shoppers to power its own expansions, adding to the firm’s existing 18,000-strong workforce.

Further, Walmart is partnering with crowd-sourced delivery services such as Lyft and Uber to undertake these deliveries to customer’s doors.

“90% of Americans live within 10 miles of a Walmart store, and we serve more than 150 million customers a week, which gives us a unique opportunity to make every day a little easier for busy families. Today, we’re expanding this promise by helping even more customers save time and money without leaving their homes.”

This aggressive expansion will see new delivery locations being announced across the US throughout the coming year.