The Weather Network Brings Spring to Toronto via Tulip Billboard 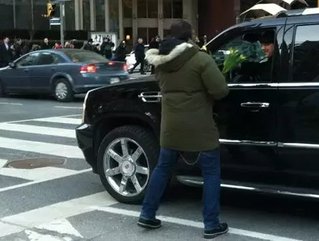 Thinking outside of the box on traditional advertising, downtown Toronto residents got a “whiff” of spring this morning on their commute thanks to The Weather Network.

The billboard, located on the corner of Front St. W. and Simcoe St., featured 10,000 tulips and commuters were encouraged to grab some for themselves to “take a piece of spring with them.”

“We know that spring is one of the most anticipated seasons in Canada; it’s the light at the end of the long, dark winter tunnel,” said Amanda Ploughman, Chief Marketing Officer at The Weather Network. “The motivation for our flower billboard is not only to bring awareness of our Spring Outlook broadcast, but also to help put Torontonians in the spring frame-of-mind a bit earlier this year.”

Advertising its Spring Outlook, which starts tonight at 9 pm, the billboard is a good example of a unique way to reach residents through interactivity and the promotion of eye-catching awareness.

Despite The Weather Network’s reports of a lingering winter in many parts of Canada that has kept a stronger hold on the nation than in comparison to last year, the network will report on weather to come in its Spring Outlook, “a look-ahead put together by its team of seasons meteorologists.”

“Available on TV, our website and all mobile platforms, the Spring Outlook will be your guide to what the sweetest season has to offer -- when it finally gets going,” said the Weather Network.