What can be learned from Lululemon's recent recall on tops? 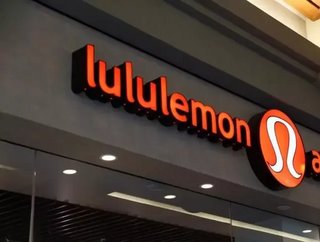 Lululemon, the Vancouver-based clothing company has recently recalled 185,000 tops in Canada. The reason behind this impromptu recall? The drawstrings on various tops have been deemed “dangerous.” Is this action expected to hurt the business of the famous athletic wear brand? And could others in the industry possible learn from this and avoid similar circumstances? Find out!

Originally reported by CBC News, the Lululemon recall was issued jointly by Health Canada and the United States Consumer Product Safety Commission. The clothing company went on to admit that it’s aware of at least five incidents and injuries related to the tops’ use.

Specifically, jackets, hoodies, tops, tunics and pullovers throughout Canada are being recalled. These clothing items were made in Bangladesh, China, Indonesia or Peru and mostly sold during 2014. It’s believed that roughly 133,288 of the affected tops were sold in the United States, with another 185,191 in Canada.

RELATED TOPIC: What’s in your closet? The importance of Toronto Fashion Week

So far, it doesn’t appear that the company will be affected by the recall; however, time will tell. Lululemon could very well lose customers. Or, potential clients could be thwarted by this recent mistake and choose to shop for athletic clothing elsewhere.

However, Lululemon did something appropriate, something that all business leaders should take note of: they admitted their mistake.

RECENT TOPIC: The great Uber debate – Do taxis have the right-of-way?

One thing all customers appreciate is honesty—you need to always be up front and open with your customers. In doing so, you will prove that you’re loyal and in return, you’ll attract loyal customers. After all, it’s loyal customers who will help your business grow and become successful.

Mistakes happen and some issues are unavoidable and out of your control—but always respect your customers and be up front and honest with them.