What Makes BuzzFeed Brilliant and Can it Stand the Test of Time? 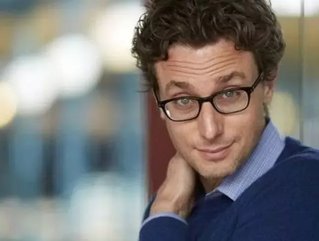 This month the social content sharing site BuzzFeed was valued at an astonishing $850 million. Founded eight years ago, in 2006 by MIT graduate Jonah Peretti, the company started as a viral lab but has since grown into global media and technology company, receiving in excess of 150 million visitors each month. BuzzFeed bills itself as the “first true social news organization” but what makes it stand out from the crowd?

How it was founded.

Renowned for publishing and sharing content on a wide variety of topics, from hard news to funny lists, from cat GIFs to lobbying scandals, the site has carved its niche in a somewhat saturated marketplace – the Internet. Andrew Rice, writing for nymag.com described BuzzFeed as “a hyperactive amalgam” of content and he would be right. But this amalgam didn’t just happen by accident.

Perhaps the best way to understand the method behind BuzzFeed’s madness is to take a closer look at its founder. Back in 2001 Peretti, then 27, was writing his masters thesis but instead ended up trawling the Internet. He stumbled across a new promotion by Nike that allowed people to customize their sneakers and ordered a pair with the word sweatshop emblazoned on the side, which resulted in an amusing exchange with a customer service representative. Peretti shared the exchange with 10 friends, who in turn shared it further. Six weeks later he found himself on the Today show, debating with a Nike spokesperson about its labor practices.

From that day forward he became obsessed with viral content and made it his mission to understand what makes a wide audience tick – or click! While BuzzFeed is recognized for its big yellow icons reading lol, wtf and omg and entertains visitors with quizzes purporting to ascertain what food you should hook up with or which ‘Friends’ character is most like your penis its core aim and the science behind it is actually much more considered and sophisticated.

Peretti knew that if he could work out what makes people share content then he was onto a winning formula; after all, word-of-mouth is the most elusive force in the $500 billion advertising industry. While the likes of Facebook and Twitter have captured the attention of billions of users, they have failed, in many respects, to pinpoint how to turn that attention into profit.

It has managed to disrupt the relationship between advertising and content.

BuzzFeed on the other hand has managed to combine its editorial and advertising strategies by creating ‘native adverts’ which are actually just well thought out advertorials about a particular brand or product. The beauty of this content being it is equally as sharable and ‘likeable’ as the unique content created by its in-house team of writers and editors.

While traditional media outlets have shied away from advertorial content, BuzzFeed has made it a cornerstone of its business model. The website doesn’t feature advertising banners but rather teams up with companies to create viral content – the likes of Coca-Cola, MTV and Nike have all used BuzzFeed to promote their business.

Speaking about advertising at South by Southwest in 2013, Peretti projected a number of iconic adverts onto the big screen. “People thought of advertising as an art form. They built things that told a real story,” he told the audience. With this in mind, Peretti focused on creating advertorial content that appealed to a wide adult audience – injecting it with creativity rather than dragging it down by pitching it purely as a corporate vehicle to gain recognition for a brand. To emphasis this point Peretti said: “Some editorial content sucks, some ads are awesome.” It’s as simple at that.

During the same speech, Peretti also eloquently demonstrated that traditional rules of quality don’t always apply when it comes to disrupting the status quo. “One of the things I realized is that quality is not all that matters,” he said. “Case in point: Which is higher quality, Judaism or Mormonism?”

After asking for shows of hands, he nailed the punch line, projecting a chart showing the growth of both religions. “When you look at the performance metrics, there was one Mormon for every ten Jews in 1950, and now there are more Mormons in the world than there are Jews,” Peretti said. “Mormons know that it’s not enough to practice your religion; you also have to spread your religion.”

It is willing to question the status quo.

When Peretti talks about quality he is referencing its traditional perception. As Rice says in his article, “Peretti’s giddiness stands in enviable contrast to the dreary news from more established quarters of the media. Time Inc. has been cut adrift, Newsweek is a magazine no more, and the Times has suffered through yet another round of layoffs.”

Meanwhile, BuzzFeed continued to receive funding, expand geographically and swell its ranks of reports and programmers, due to its willingness and ability to shake things up.

The relationship BuzzFeed has with social media is unique.

What’s more, social media is not seen as a side project at BuzzFeed but is fully integrated into its business plan. Peretti knows that a writer may pen the best article in the world, but if that article is never read by anybody then it falls on deaf ears. BuzzFeed is so focused on social that critics have even said that its impact will outrun the site, with most content being found on Facebook, Twitter and Reddit than on the website itself. Peretti has cast his net wide and the results speak for themselves. In a world where website traffic correlates into cold hard cash, Peretti’s plan could be flawless.

So is BuzzFeed truly the future of journalism? Its flexible approach to advertising – shunning the tired model of banner ads in favor of sponsored content – makes it a trailblazer in the rise of the social web, however there is one question that remains to be seen: Can you really control nature and understand what makes people tick? After all, virality can die out just as quickly as it emerges. The success of BuzzFeed in the long run will depend purely on its ability to maintain momentum.