Which Is Better for My Company: Facebook or Google+? 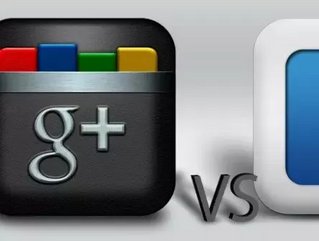 Likewise, any company that has ever used the Internet is familiar with search engine giant, Google. But it’s likely not everybody knows about Google morphing into a relative newcomer to the social media playing field, otherwise known as Google Plus, Google+, or simply G+.

Facebook offers alternatives for businesses, including fan pages (also called “official” pages), group pages, and community pages. Since community pages are an unofficial representation, often started by people other than the business owners, probably the most popular options are the fan pages, followed by group pages.

This is what business owners can do with the following:

Fan/official pages: Business owners can set up these official representations of their businesses and share contact information; connect with people by inviting them to “Like” and follow the business fan page; announce specials, sponsor contests, and host events; post pictures and videos; and interact on a regular basis with fans or followers who post and comment on the pages. Another benefit of fan pages is the posts show up in the news feed and help grow the business brand through attracting a larger audience and potentially more business.

Group pages:  Small business owners or entrepreneurs can network with people more informally by accepting members who want to engage and interact on topics relevant to the business.  Business owners may choose to keep the group on a public setting, so anyone is welcome to join, or in a closed or secret group in which the business owner approves members who agree to certain rules, such as posting only content appropriate for the nature of the business.

While not nearly as popular as Facebook—yet—Google+ offers some of the popular features of Facebook, combined with its own prowess and reputation as a search engine giant that can get results and reward people who use Google+ properly.

While G+ seems primarily populated with individuals and companies in the media and publishing world, other G+ users likewise prefer the more goal-oriented atmosphere (not saturated by games and “causes,” for instance) that draws on the power of Google for maximum exposure and engagement.

Here are some of the G+ features that may intrigue business owners:

Hangouts and Huddles: Business owners may choose to sponsor or attend video chats, otherwise known as hangouts, to network with employees, clients, customers, or other professionals. The chat version of a hangout is known as a huddle, which is enabled for a group chat session.

Circles and Streams: Business owners can form different circles of people for different networking purposes, such as a coworkers’ circle, customers’ circle, or professionals’ circle. Business owners may also choose which circles to place in their streams of information (similar to Facebook’s news feed).

Sparks and Search Values: Here is where Google’s search engine technology plays a valuable role: Sparks is a specially designed recommendation engine that allows business owners and others to share and connect with similar relevant information.  Search values, based on using G+ and tying it to relevant G+ profiles, reveal spikes in traffic, greater visibility, and greater audience engagement.

Which One Is Better?

As for whether Facebook or Google+ is better for one’s business...it depends.

Snag the attention of the ever-present Facebook crowd who enjoys social media, and who often spends hours a day on Facebook, plus the media and publishing crowd on Google+.

Why not use both to combine the best of both worlds?

About the Author: Among more than 2,000 articles written across a wide variety of fields, K'Lee Banks has written about numerous business topics, including hosted ip pbx.  Banks also uses both Facebook and G+, and she belongs to dozens of networking groups between both venues.