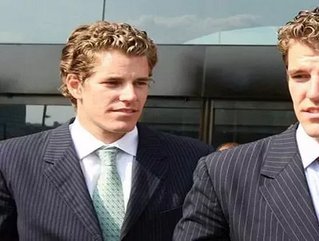 Cameron and Tyler Winklevoss first gained national fame after the debut of Oscar-nominated film, “The Social Network,” in which they were portrayed as sore losers who claim Mark Zuckerberg stole the idea of Facebook from them. Now, not only are the twins portrayed in real life as sore losers, but now they’ve become just downright greedy.

A Ninth Circuit court ruled on Monday that the Winklevoss twins were not allowed to back out of an approximate $65 million settlement they received from Facebook in 2008. With the settlement, the twins also received partial ownership of Facebook. However, the Winklevosses now claim they would not have settled had Facebook disclosed the “true value” of its stock, which they believe is four times higher than what they were presented with.

The Winklevoss twins, along with Divya Narendra, had hoped that this legal appeal would overturn the settlement, which is now worth more than $160 million due to the rising value of the privately-held social media group.

In a statement Monday, Facebook's deputy general counsel, Colin Stretch, said: "We appreciate the 9th Circuit's careful consideration of this case and are pleased the court has ruled in Facebook's favor."

Facebook counter argued that the Winklevoss twins were suffering from "settler's remorse," and the Ninth Circuit agreed. "The Winklevosses are not the first parties bested by a competitor who then seek to gain through litigation what they were unable to achieve in the marketplace. The courts might have obliged, had the Winklevosses not settled their dispute and signed a release of all claims against Facebook," wrote Chief Judge Alex Kozinski in his opinion. "At some point, litigation must come to an end. That point has been reached."