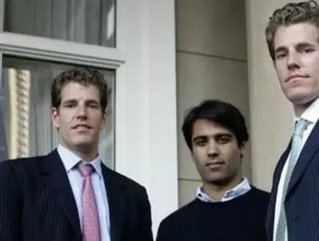 The infamous Winklevoss twins have decided not to appeal to the Supreme Court a ruling to uphold their $65 million settlement with Facebook and its founder Mark Zuckerberg, foreshadowing that this could be the end of the Oscar-winning dispute. Back in 2008, the original filing was intended to finally resolve the social media feud as to whether or not Zuckerberg stole the idea from the twins for Facebook. If you’re not caught up on the dramatic saga, you may want to pop in the 2010 film, “The Social Network,” to get back into the loop.

Brothers Cameron and Tyler Winklevoss wanted to undo the original agreement to the cash and stock settlement so that they could get more money. The twins were under the belief that Zuckerberg committed fraud because he hid information from them about Facebook’s actual worth. Who knew that in the same year that they sued Zuckerberg, the twins still had time to train for and compete in the 2008 Beijing Olympics?

In a filing on Wednesday with the federal appeals court in San Francisco, the Winklevosses said that after careful consideration, they would not seek the Supreme Court for review of their initial filing. The twins have yet to announce a reason for the decision. The case had been brought by ConnectU Inc., according to Reuters, which is the social networking website launched by the twins and mutual friend Divya Narendra.

Facebook has said in a statement that they’ve “considered this case closed for a long time, and we’re pleased to see the other party now agrees.”