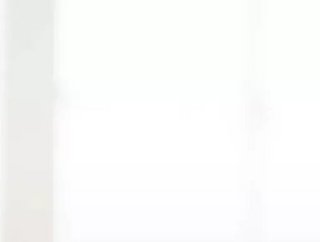 Bain & Company has announced the introduction of a new organisational role, Chief Diversity Officer, and appointed Julie Coffman, a partner in the firm’s Chicago office, to the new position.

The creation of this new CDO role follows a set of commitments Bain announced last year to promote racial equity and social justice, including the creation of a global DEI Council, as well as co-founding OneTen, a coalition of CEOs committed to hiring 1 million Black Americas into family-sustaining jobs over 10 years.

And as the company’s first-ever CDO, Coffman will lead the charge on all such commitments. A long-time leader in Bain’s organisation practice, Coffman led the formation of the company’s Diversity, Equity and Inclusion (DEI) practice, partnering with its clients to set and drive their own DEI strategies and efforts, and continues to serve as its global head.

Since June, she has been leading Bain’s Americas DEI Transformation Office, which aims to embed racial and social equity into the fabric of the company, raising Bain’s game as both an employer and a business.

“As we looked at our bold DEI aspirations for the coming years, we sought a senior executive with the experience, clarity of purpose and resolve to lead our global change agenda,” said Manny Maceda, Bain’s Worldwide Managing Partner.

“Julie is that person. Through her client-facing work, she brings decades of organizational change management expertise. And as the founder and architect of Bain’s Womxn’s Leadership Council, she has not only taught us about the nuances of building an equitable workplace, she has shown us firsthand how to do it.”

An established and long commitment to DEI

Bain’s commitment to DEI runs deep, beginning long before it was the widely visible topic it is today. Nearly three decades ago, it launched the firm’s inaugural affinity groups, Blacks at Bain and BGLAD, its LGBTQ network, at the same time the firm was cementing gender diversity as a long-term strategic priority.

Since then, the company’s teams have launched Asians at Bain, Latinx at Bain, Women at Bain and Veterans at Bain. All groups support recruiting and retention through mentorship programs, connectivity events, professional development workshops and allyship initiatives.