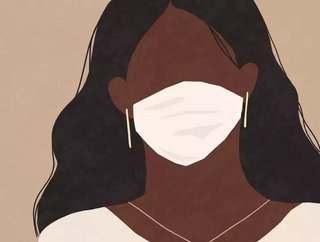 A combination of heightened workloads, household responsibilities and non-inclusive working environments during the pandemic is driving deep dissatisfaction among many women in the workforce, according to a new Deloitte Global report, Women @ Work: A global outlook.

The report, which surveyed 5,000 women across 10 countries, finds that the increased responsibilities are having devastating effects on working women as 51% of those surveyed are less optimistic about their career prospects today, as well as reporting a 35-point drop in mental health and a 29-point drop in motivation at work compared to pre-pandemic.

“The last year has been a ‘perfect storm’ for many women facing increased workloads and greater responsibilities at home, a blurring of the boundaries between the two, and continued experiences of non-inclusive behaviors at work,” says Emma Codd, Deloitte Global Inclusion Leader.

Since the pandemic began, 77% of women surveyed say their workloads have increased, as have home responsibilities with 59% spending more time on domestic tasks, 35% more time child-caring, and 24% more time caring for other dependents.

As a result, the survey suggests that women’s wellbeing has fallen significantly since the pandemic with only one third of women considering their mental wellbeing today to be ‘good’ or ‘extremely good,’ compared to 68% previously.

Non-inclusive behaviors in the workplace

A further factor in why women are feeling less optimistic about work is that many continue to experience non-inclusive working environments, with over half saying they’ve experienced some form of harassment or non-inclusive behaviour at work in the past year, from unwanted physical contact and disparaging remarks to having their judgment questioned and being given fewer advancement opportunities due to gender bias.

And most women don’t report such incidences to their employer, particularly the non-inclusive behaviors which they feel are less ‘serious’, with a quarter citing fear of career reprisal as the top factor, and only 31% believing their company currently has a process for reporting discrimination and harassment.

There are positives though with a number of employers acknowledging the difficulties for women right now and really doubling down on building inclusive cultures and supporting women’s careers.

Dubbed by Deloitte as ‘Gender equality leaders’ and representing the employers of roughly 4% of respondents, they have created more inclusive and trusting cultures where women feel they are better supported.

And the benefits of being a gender equality leader are clear with nearly three-quarters of women working for such organisations rating their productivity (70%) and job satisfaction (72%) as ‘good’ or ‘very good’ compared to less than a third of women. Who work for organisations with a less inclusive, low-trust culture. But that’s not all. When it comes to staying with the company, 70% of women in inclusive organisations are planning to stay, compared to a staggering 8% in non-inclusive.

According to Codd, the women who work for these organizations are “more engaged, productive, and satisfied with their careers”.

She adds: “As we start to rebuild workplaces for the future, we have a golden opportunity to get gender equality and inclusion right and avoid setting back years of progress.”

There are various actions organizations can take now to address this critical issue:

Michele Parmelee, Deloitte Global Deputy CEO and Chief People and Purpose Officer. “As organizations look to rebuild their workplaces, those that prioritize diversity, equity, and inclusion in their policies and culture and provide tangible support for the women in their workforces will be more resilient against future disruptions. Additionally, they will lay the groundwork needed to propel women and gender equity forward in the workplace.”