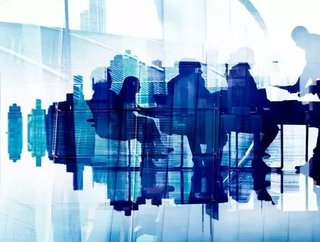 In a week of firsts where three firms hire for new executive roles including in sustainability and finance, check out our round-up of C-suite transition...

In a week where IBM Announces senior roles for NewCo., the spin out Independent Managed Infrastructure Services Business, and Nike makes some big changes to its senior leadership team, we round up the latest executive hires that are making news.

Formerly serving as Nike’s VP and GM of the Asia-Pacific and Latin America regions, Sarah Mensah has been appointed VP and GM of North America and will be tasked with leading the Swoosh’s marketing, digital and sales departments, as well as its Direct and Consumer Construct strategies. Mensah, who has been with Nike since 2013 and prior to this spent 19 years NBA’s Portland Trail Blazers as SVP and COO, has “continually demonstrated her ability to deliver strong results across our geographic and Jordan Brand businesses”, states Heidi O’Neill, Presdient, Consumer and Marketplace.

Kelley Conway to head up digital strategy at Northern Trust

As Northern Trust continues to accelerate its digital journey, Conway will “play a key role in executing the company’s digital strategy and roadmap” in order to “enhance our client experience and product quicker business outcomes with security, stability and scalability”, says Michael O’Grady, CEO, Northern Trust.

No stranger to the responsibilities of being a chief financial officer, CFO veteran Drew Vollero has been snapped up by social media site Reddit to be the firm’s first chief financial officer. This appointment follows Reddit’s US$6 billion valuation in February and comes just as the company edges ever closer to going public. Vollero previously served as Snap’s first-ever CFO, leading the social media company through its US$33 billion IPO in 2017, making him the perfect choice.

With more than three decades of experience in finance roles, including 15 years at Mattel, and roles at PepsiCo, Yum Brands, Taco Bell and most recently as CFO at security company Allied Universal, Vollero will work across areas including tax, treasury, audit, financial planning, sales finance, accounting, procurement, and investor relations.

As an “industry through leader”, Vollero brings to the Reddit table a “track record of building a global finance organisation for high-growth companies” and will be a “tremendous addition to our Executive Team as Reddit continues accelerating our business and user growth”, says Steve Huffman, co-founder and CEO of Reddit. 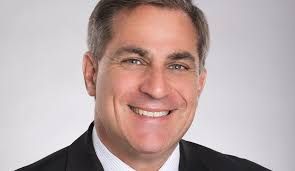 Tech veteran Elly Keinan to be Group President of NewCo

A veteran of more than three decades in the technology industry, Elly Keinan is set to serve as Group President of NewCo. , the independently managed infrastructure services business to spin out from IBM. While Keinan was a venture partner of Pitango Venture Capital, Israel’s leading venture capital group, prior to joining NewCo., he previously held a number of roles at IBM including GM of IBM North America, GM of IBM Latin America and Chairman of IBM Japan.

A global leader specialising in digitally transforming businesses for growth in both emerging and mature markets, Keinan is expert in building high performance teams and restructuring operations, go-to-market, and routes-to-market and brings “great global expertise as we build a purpose-led culture for our new company”, says Martin Shroeter, NewCo’s CEO. 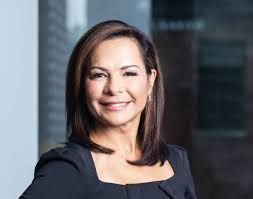 Following 30 years in leadership roles at Emerson, most recently President of Emerson since 2018, Mike Train is set to take on a completely new role for industrial software leader and step into the shoes of its inaugural chief sustainability officer. Having already been a “critical member of Emerson’s global leadership team that oversees strategy to advance environmental, social and governance momentum”, according to Emerson CEO Lal Karsanbhai,

Train will now lead the company’s environmental sustainability strategy and will focus on technologies and advocacy to enhance company operations and enable customer improvements. Train not only has decades of experience across industries, but he has a “deep personal passion for sustainability” and has been “tirelessly driving our work in this space”, adds Karsanbhai.