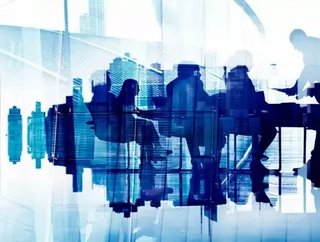 In a week where Jane Fraser started her new role as CEO of Citi, marking a first for the global banking group, and two Goldman Sachs’ heads get set to depart, according to word on Wall Street, one for a fintech startup, the other for an investment fund, we highlight some of the biggest executive moves in North America.

With a PhD in applied physics and more than 60 patents, Guarini brings not just technical eminence, but a "proven track-record in building organisational capability" and a passion for "mentoring, inspiring and recruitng scientists and engineers of all ages, especially women", says Jim Kavanaugh, IBM's Chief Financial Officer.

Seasoned banker Genevieve Piche is taking up a newly created role, as Head of Banking, Environmental, Social and Governance (ESG) Solutions within Wells Fargo. With two decades of experience within Wells Fargo already in hand, most recently leading the Asset Management coverage team in CIB, Piche brings to the role strong relationship management, product, and credit experience, as well as “extensive leadership experience and a passion for all aspects of ESG”, states Rob Engel, head of Banking.

Having worked in financial services both in Canada and internationally for 25 years, Manjit Singh has been appointed Executive VP and CFO for leading international financial services organisation Sun Life Fnancial. Joining from a major Canadian bank where he was most recently Executive VP of Finance, Singh is a “passionate leader with a strong client focus who will support the ongoing transformation of our finance function” states Kevin Strain, Executive VP and CFO. He will be a “strong addition to our executive team” at what is a “critical time for our organisation and our industry”, adds Strain.

Industry expert and innovator Allison Miller has been appointed Chief Information Security Officer (CISO) and VP of Trust at Reddit. Most recently at Bank of America, Miller arrives at Reddit’s door with two decades of experience in scaling teams and technology that protect people and platforms. Miller is known for pioneering the development of real-time risk prevention and detection systems running at internet-scale and has led major initiatives to engineer the defenses for core payment and ecommerce systems.

Miller brings both her “extensive technical acumen and executive leadership to the Reddit family”, states Reddit's CTO Chris Slowe, and “will play an instrumental role in helping to ensure that our platform is safe for our users, trusted to act with integrity, and secure against adversaries big and small”.

Eric Lane leaves Goldman’s to be COO of Tiger Global

Having spent 25 years with Goldman Sachs, becoming a managing director in 20021 and a partner in 2002, Lane will no doubt be an asset to Tiger Global, which manages around US$50 billion with around half in its hedge fund business and the rest in its venture capital unit. Lane will join later this year to replace current COO and CFO, Anil Crasto, who is retiring.