Work from anywhere trend picks up pace as Spotify signs on 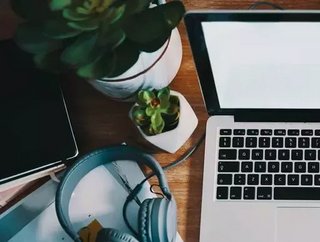 Spotify has introduced a Work From Anywhere (WFA) policy for all of its employees set to remain in effect even once the pandemic has ended. This follows a flurry of similar flexible work initiatives announced by companies in the last 10 months.

Following a distributed-first mentality (a workplace that isn’t built on the premise that employees need to gather in an office with traditional desk setups), the Sweden-headquartered streaming giant’s new WFA policy allows employees to “work from wherever they do their best thinking and creating” the company said in a statement.

“Through this distributed-first mentality, we are giving employees the opportunity to elect a Work Mode – whether they’re prefer to work mostly at home or in the office – as well as their geographic location.”

The new WFA work policy from Spotify, which employees more than 5,500 staff in 79 countries, follows in the flexible workplace initiatives introduced by a number of social media and tech companies since the onset of the pandemic.

Such steps by such big-name companies are unsurprising given what has been the biggest global home-working experiment yet over the last year, with recent research from Gartner revealing that almost half (48%) of employees now expect to work from home even after the pandemic is over.

So, what’s behind the distributed-first model thinking?

While the pandemic certainly accelerated the acceptance of the remote-working model, this distributed-first mentality has playing out leadership minds for some time especially with digitisation sweeping the world.

Spotify, for example, has long championed the idea that digitalisation and globalisation are massive drivers for a more flexible workplace that better suit its business and admits that the events of the last year has accelerated this thinking.

So, what exactly is thinking behind this? Well, Spotify doesn’t believe that effectiveness can be measured by the number of hours people spend in an office. Instead, giving people the freedom to choose where they work “will boost effectiveness”. Similarly, by giving people more flexibility, they will achieve a better work-life balance, and so will be more effective employees.

Providing such flexibility also gives Spotify the chance to tap into new talent pools while keeping its existing employees and will further challenge the company “to improve our communication and collaboration practices, processes, and tools”.

According to Spotify’s HR blog, there are many competitive advantages of a flexible approach, describing flexible work as the jewel in its “talent attraction crown” meaning that by being flexible, Spotify can tap into new talent pools while keeping its existing talented employees.

Other companies agree. Following digital currency exchange Coinbase’s announcement that it would move to a remote-first policy in light of COVID-19, CEO Brian Armstrong said it believed remote working represented “a huge opportunity and strategic advantage for us”.