Sells explains why innovation shouldn’t stop at technology and why building the right culture is essential in fintech...

Patrick Sells, Chief Innovation Officer, has been instrumental in creating a new digital vision for Quontic Bank. A true disruptive digital banking executive, Sells initially got his start working on digital marketing for small companies whilst attending Taylor University as a Political Science major. “This was right after the recession and it was an interesting time to get into business,” he recalls. “I thought banking was ripe to be done differently, especially community banks.”

Sells’ connection to Quontic Bank started when he met CEO Steven Schnall, with whom he shares a mutual interest in the evolving cryptocurrency market. The two quickly established a friendship and developed some projects together and it was in late 2018 that Sells finally joined the team. “We had a lot of mutual interest: I had been wanting to get into the banking industry to try something new and Quontic needed to become a digital bank. I sold most of my company (Sells Group Holdings) and went all-in on this idea of re-imagining what a bank could be - a digital bank of the future.”

Possessing a talent for and enduring interest in innovation which befits his role at Quontic Bank, he states that early experiences taught him the value of trying to imagine operations from different perspectives. “When you're in the middle of doing something it's really hard to reimagine things. But, when you do, you can easily find innovation. A lot of what I've done at Quontic Bank has been saying, ‘Okay, what if we thought about it very differently?’”

Recognised as 2020’s ‘Digital Banker of the Year’ by American Banker and also one of ICBA Independent Banker's ‘40 Under 40’, Sells has managed to carve out a formidable reputation in the industry. “It was a great honour - they both were. For them to have picked someone who was 29, I'm the youngest they’ve ever picked, from the smallest bank that had ever had someone win this award and had only been in the industry for 18 months, it meant a lot. It’s given us a massive stamp of endorsement and brought a lot of attention. It's been a real honour and just a huge win for myself personally, as well as Quontic Bank.”

When asked his opinion on how leadership and culture should combine to produce an optimal result, Sells comments that “I think culture is incredibly important for any organisation, especially in times of a global pandemic. You can't really have a competitive advantage as a business by just being smart. Today, you need a way to lead a healthy organisation. That means you have to be really clear on who you are, what you want to do and where you're going. That needs to be something that the whole organisation buys into.”

Read the Quontic Bank story in the brochure 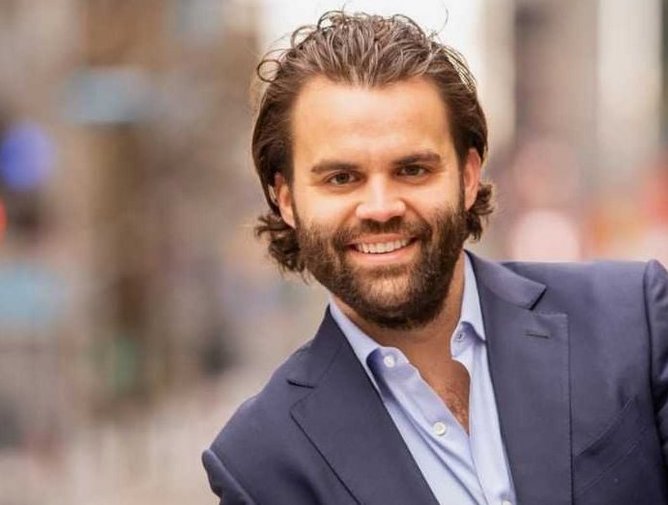