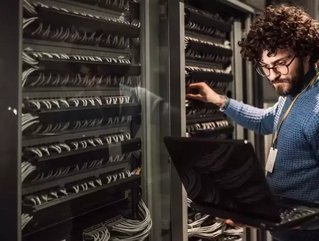 Kevin Deierling Vice President of Marketing at Mellanox Technologies Ltd., discusses the top 10 IT trends of 2020.

Well for a start it’s the Year of the Tokyo Olympics – not irrelevant for the IT industry, as this promises to be the first 5G Olympics. We have come a long way since 1924, when the Paris Olympics were the first to be, only partly, covered by live radio broadcast. The 1936 Berlin Olympics were the first to be televised, but only broadcast across Berlin and Potsdam in Germany. Worldwide television coverage only began in 1960 Rome Olympics, and the 1964 Tokyo Olympics were the first to be transmitted live across the Pacific by satellite. The 2012 London Olympics could claim to be the first smartphone games. Although the Apple iPhone was launched the year before the 2008 Beijing Olympics, few expected that by 2012 there would be a whole new way to experience Olympic highlights via a burgeoning population of spectators’ 3G smartphones.

So, despite the recent slow-down of 5G rollout plans, Japan is determined to make the most of this opportunity to flex its technology muscles – from a planned man-made multicolour meteor shower at the opening ceremony, through 360 degree 8K VR streams, to a population of 5G-connected robots helping overseas visitors find their way. This exposure will surely fuel public demand, and prise open the floodgates for a new generation of 5G apps – see below.

Looking more closely behind the scenes of our industry, however, we see other key trends to look out for.

Promotional literature writing algorithms have made sure that no product announcement omitted the letters “AI” during 2019. But, as people are becoming more educated in the significance of artificial intelligence, many are realizing that a lot of so-called AI is actually the automation of intelligent decisions, rather than a full-blooded exercise in machine learning and deep data mining. So, expect more honest use of the word “automation” instead of intelligence next year. Although fully autonomous vehicles are still a distant prospect, look out for truly effective business automation in quite surprisingly “un-mechanical” operations. For example, the Australian company Renewtrak – boosting clients’ profits with its automated subscription renewals service.

Simplicity – from virtue to necessity

That automation is a key part of a general trend towards simplifying operations, notably network management. According to Gartner’s April 2019 Strategic Roadmap for Networking Report, “Approximately 70 percent of data center networking tasks are performed manually, which increases time, cost and likelihood of errors, and reduces flexibility.” So much talent is being wasted on these routine tasks that nearly 40 percent of companies are finding it hard to recruit qualified staff, according to Uptime Institute. Companies like Apstra have been developing and demonstrating vendor-agnostic software solutions (such as Intent Based Networking) to simplify network management. In 2019 these solutions began to be noticed, in 2020 they should gain real traction.

VCs getting fried on chips

Not that we will see the end of AI headlines: with dozens of new startups, the Hunger Games for AI Chip Startups begins in 2020. Some of these startups are very well funded (Cambricon, Cerebras, Habana, Graphcore, Groq, SambaNova, Sensetime … to name just a few). However, too many VCs carry a lemming gene, and will jump into any startup with ‘AI’ in their name. The problem is that investing just to fill a perceived category gap in the portfolio is akin to jumping off a cliff just because the guy in front of you did. This is definitely the case with too much money, funding too many AI startups. Now there will definitely be some startup winners, who get acquired. However, the space is way over-funded and the shake out will begin in earnest in 2020.

What’s more, the big boys, including GPU providers and Google with Tensorflow processors, are investing in both hardware and software to support a broad range of AI workloads. So those AI start-ups will need to demonstrate real traction to keep up. But, just maybe, one of them might actually win the Hunger Games in 2020?

With the End of Moore’s Law, new purpose-built processors will be needed if the industry is to continue to improve the performance and efficiency of computing – while lowering cost. But now instead of benefitting from ever smaller transistors, the gains will come from innovation at an architectural level. So look out for the rise of specialized processors for specific functions such as accelerating storage, networking, security – and AI.

Everyone is waiting for the “Killer App” at the edge to emerge. Of course, 5G isn’t an app but, as the necessary communication infrastructure layer, it is the vital missing piece. But once deployed broadly it will provide the low latency and network slicing capabilities to enable that predicted surge in next generation edge apps. And the Olympic spotlight will surely give that a boost.

To parody The Who song Won’t Get Fooled Again: “meet the new apps, same as the old apps …” To create truly innovative apps that actually work you need real familiarity with and experience of the underlying technology – not just a dream of what might be possible. So expect the first rush of 5G apps to be improvement on current favourites like Otter.Ai transcription, speech and facial recognition, and machine-educated recommendations from our virtual assistants. But expect them to be better, faster and more accurate. Look forward to more people saying “it just works” towards the end of 2020.

SD-WAN on a roll

This is a no-brainer, because SD-WAN is already one of the industry’s fastest growth segments. MEF Proof of Concept Demonstrations often identify working technologies that promise real mileage in following years. This year MEF19 awarded six companies for SD-WAN over Satellite Access, and another six, including Versa Networks and Spirent Communications, for Orchestrated Virtualized Multivendor SD-WAN Services.  Multivendor is key here: allowing the customer to choose open, off-the-shelf hardware platforms eliminates CPE lock in. Communication Service Providers (CSPs) have a tremendous opportunity to become strategic partners to their enterprise customers by offering a competitive managed SD-WAN offering.

Until now app developers had little control over the network their apps would run across, they were at the mercy of legacy constructs like VPNs. Things are looking very different now, with the launch of the first app developer platform to enable programmable, zero trust networking. The recently launched NetFoundry Fabric allows connectivity to be written into the app as code, effectively embedding the Fabric’s zero trust security and optimized performance end to end with no reliance on dedicated networks. This will dramatically reduce the time lag from app development to launch – definitely a space worth watching in 2020.