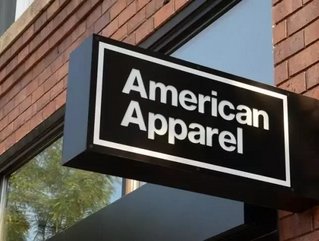 The clothing company American Apparel has filed for Chapter 11 bankruptcy protection. The publicly traded company listed numerous creditors in its filing on Monday, Oct. 5, according to CNN Money, with investment firm Standard General L.P. having the largest unsecured claim at $15 million.

The news comes as no surprise to most, as American Apparel has faced decreasing sales over the past few years and ousted its controversial CEO, Dov Charney, over allegations of misconduct last year.

“In partnership with our bondholders, we can work towards a new future for the company and concentrate on what matters: making and selling great clothing,” Chief Executive Paula Schneider said in a statement.

There are five major reasons that led to the company’s demise, as profiled by MarketWatch. Here is what other retailers and businesses alike can learn from American Apparel’s mistakes.

Having the right people at the top can make all the difference. American Apparel’s founder and former CEO, Dov Charney, faced allegations of sexual harassment and other outrageous behavior before being ousted in December 2014. Paula Schneider was given the role in January 2015 but it was too late for the company to turn its image around.

While much of American Apparel’s legal fees did come as a result of firing Charney, businesses can avoid employee lawsuits by respecting them, making them aware of company policies, establishing open lines of communication and perform annual employee evaluations where concerns can be voiced from both parties, if needed.

This isn’t the first time that American Apparel has faced bankruptcy. In March 2009, the company avoided Chapter 11 bankruptcy when it sold 18 percent of the company to private-equity firm Lion Capital, reported MarketWatch. In order for your business to avoid this fate, revisit the budget and cut unnecessary costs. Prioritize debt payments, speak with creditors and, if necessary, seek counsel. It is better to ask for help than drown in debt once it is too late.

RELATED TOPIC: Bad credit doesn’t have to hinder the success of your business

4. Establish a target audience and stick to your brand.

American Apparel was known for its racy advertising and controversial branding. It went for a remodel of its look in June 2015 but this ended up alienating its current fan base rather than attracting new customers. Conduct research of your market to see what works and once you establish your brand presence, stick with it. Minor adjustments as time moves forward is acceptable but a complete redesign can lose customer trust.