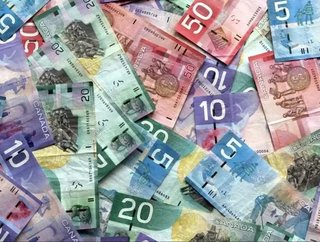 A total of 46 Canadians featured in this year’s edition of the annual World’s Billionaire List compiled by Forbes, with Chairman of Thomas Reuters David Thomson again leading the way. Here are the top five Canadian’s by wealth, according to the list:

Thomson stands as the world’s richest Canadian with a net worth of USD$25bn, also featuring as the 32nd richest person globally. He holds a controlling stake in the media, financial and publishing empire created by his grandfather, Roy Thomson.

Second to Thomas in Canada and 154th on the list globally is Joseph Tsai, has a net worth of $9.7bn that he has generated through a range of financial and business ventures. Despite being born in Taiwan; the Vice Chairman and Co-Founder of the Alibaba Group holds a Canadian passport.

Galen Western is only six placed behind Tsai on the global list, named as the third richest Canadian with a net worth of $9.6bn. Weston acquired his wealth from his father, having taken the reigns of the Loblaws and George Weston supermarket chains, whilst also owning a number of upscale retailers including UK department store Selfridges.

As the owner of conglomerate J D Irving, James Irving has accumulated a net worth of $8.3bn. The conglomerate holds a range of assets across the frozen foods, retail, shipping, transportation and other industries.

Having initially bought a single General Motors (GM) dealership in 1961, Pattinson has since acquired over 200 companies for his firm the Jim Pattison Group. The company now holds 45,000 employees globally, active across 25 industries. This all contributes to Pattinson’s net worth of $6.9bn.