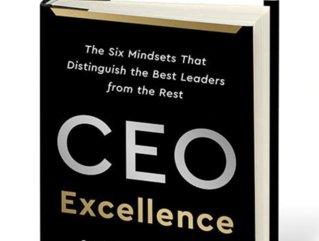 Leading consultancy McKinsey & Company is publishing a new book that shines a light on the skills and best practices of the world’s highest-performing CEOs.

McKinsey researched more than 20 years of data on 7,800 CEOs from 3,500 public companies across 70 countries and 24 industries to further identify these exceptional leaders and try to identify the secrets of their success.

Senior partners Carolyn Dewar, Scott Keller and Vikram Malhotra then conducted detailed interviews with 67 CEOs identified as high performing and then condensed their findings into the book CEO Excellence: The Six Mindsets That Distinguish the Best Leaders from the Rest. 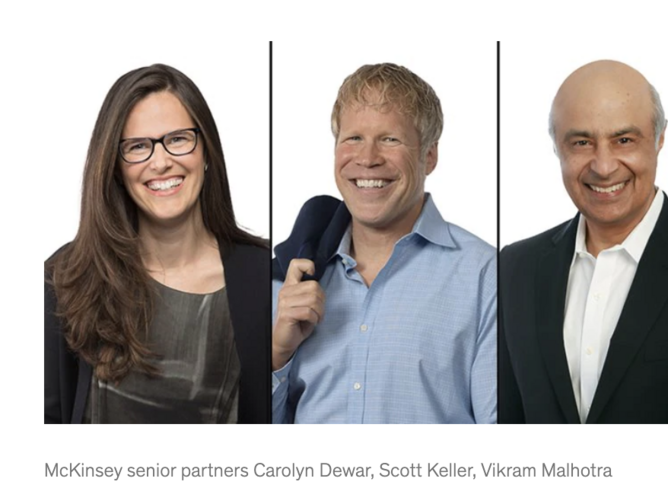 The book, which is available from 15 March, shares the thinking and behaviours that these business leaders have developed to thrive in challenging times.

Here are some of the key findings from McKinsey:

Don’t surround yourself with ‘yes’ people

One of a CEO’s first tasks is to carefully shape their top teams – and they differ in what they seek. After confirming expertise and proven experience, some leaders look for emotional intelligence, while others value passion, or the ability to balance the short and long term. One thing most CEOs agree on? Do not surround yourself with people who are afraid to disagree with you.

Sony’s Kazuo Hirai describes his approach to selecting a management team. “What I basically looked for was expertise and proven ability in [an area]…the TV business, digital imaging, the movie business, PlayStation…” On top of aptitude, he looked for attitude: “…a demonstrated ability to push back against their bosses and not be afraid to present their ideas and be bold about it.”

To many people, teamwork means getting along, but to Jamie Dimon of JPMorgan Chase, “…the best team player is the one who puts up their hand and says, ‘I don’t agree, because I don’t think [this] is in the best interest of the client or the company.’”

Time management? It’s about the moment

Being a CEO means being subject to a crushing schedule; everyone has his or her own time management approach. In fact, CEO time management is one of the most-read-about topics in business journalism today.

But even the most calibrated time-management techniques won’t work without the right mindset: the ability to compartmentalise and focus on the moment. As Galderma’s Flemming Ornskov advises, “When you’re there, [be]…there in body and mind.”

In a storm, look beyond the horizon

Managing crises comes with the CEO role; it could be company-specific such as a product failure, or an external catastrophe, such as the pandemic. While CEO Excellence outlines protocols, such as stress tests, scenario planning, and how to set up a command centre, it emphasises that for a CEO, it’s essential to keep a long-term perspective.

“It doesn’t matter how difficult times are, there is always a world after a crisis. Even if the situation looks bleak, believe in yourself and your people and maintain a positive attitude,” counsels Herbert Hainer, CEO of Adidas from 2000-2016. "Don’t let yourself or the company be influenced too much by uncontrollable circumstances.”

A longer-term view can also help a leader sidestep tempting short-term solutions that ultimately may be harmful. When hit by a recession, Eaton’s Sandy Cutler didn’t want to resort to layoffs, noting, “When we grow again, we’re going to need the skills of all of these people.”

Be the energy you want to see

The mood of the CEO can permeate the entire organisation. “My leadership mantra, which I think about literally every day, is that the role of a leader is to define reality and give hope,” says Ken Chenault of American Express. But it has to be genuine and pragmatic, or employees will see through it.

Marjorie Yang of Esquel reinforces the importance of showing up with a positive attitude. “My job is to drive away fear,” she says. “Fear is the worst enemy of any business….As a leader, my job is to maintain...and radiate confidence.”

Andrew Wilson of Electronic Arts believes people look to CEOs today for more than professional guidance: they look for personal, spiritual and philosophical support. It's important to show humanity to inspire people.

He offers an example. During a pandemic zoom call with 7,000 employees, he paused the call to make a paper airplane for his five-year-old son who had just walked into the room.

“It took thirty seconds… afterward people reached out and said: ‘Thank you. You just gave us permission to be parents…to spend the time,’” he said. “When you talk to great CEOs, the things I hear about aren't how big the company is, how high the share price is, how much money they make...” he observes. “[It’s] how they make their people feel. That’s the legacy of a great CEO.”