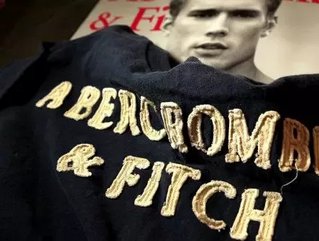 Unless you don’t frequent social media sites, watch the news, or having been living under a rock you are probably aware of the scandal involving Abercrombie and Fitch’s CEO, Mike Jeffries. Allow me to remind you what he said in a 2006 interview with Salon,

“In every school there are the cool and popular kids, and then there are the not-so-cool kids,” he says. “Candidly, we go after the cool kids. We go after the attractive all-American kid with a great attitude and a lot of friends. A lot of people don’t belong [in our clothes], and they can’t belong. Are we exclusionary? Absolutely. Those companies that are in trouble are trying to target everybody: young, old, fat, skinny. But then you become totally vanilla. You don’t alienate anybody, but you don’t excite anybody, either.”

Amidst several anti-bullying campaigns from various organizations and Dove’s Campaign for Real Beauty, Jeffries seems to be completely missing the mark. Some have speculated that he was one of those kids that were excluded and is taking out some kind of “revenge.”

Several people have launched back at the elitist CEO, launching anti-Abercrombie campaigns of their own like Fitch the Homeless. In the 2 minute YouTube video Greg Karber passes out Abercrombie & Fitch clothes to homeless people in Los Angeles as he explains,

“Abercrombie & Fitch only wants a certain kind of person to be wearing their clothes,” Karber, says in a video explaining his project. “Today, we’re going to change that brand.”

Karber is urging others to do the same and use the hashtag #FitchTheHomeless to spread the word.

Who can forget the scantily clad spread of plus-size fashion blogger Jes M. Baker of the Militant Baker. Her photos are accompanied by “Attractive & Fat” to spoof the Abercrombie & Fitch logo. In an open letter to Mike Jeffries, Baker wrote,

“You've used your wealth and public platform to echo what many already say. However, it’s important you know that regardless of the numbers on your tax forms, your comments don't stop anyone from being who they are; the world is progressing in inclusive ways whether you deem it cool or not,” she added.

“The only thing you've done through your comments (about thin being beautiful and only offering XL and XXL in your stores for men) is reinforce the unoriginal concept that fat women are social failures, valueless, and undesirable,” she writes.

What does this mean for the popular retail establishment? U.S. sales fell 17 percent in the first quarter of the year, and future profit forecasts have been cut according to the Los Angeles Times. Jefferies tries to cite inventory shortages as the problem.

Abercrombie issued two apologies regarding its CEO’s remarks. In the first apology Jefferies said that he “seriously regrets” that his “choice of words was interpreted in a manner that has caused offense.”

The second apology was made after a group of teen activist went to Abercrombie’s headquarters in Columbus, Ohio, to protest the unkind remarks made by Jefferies which sparked a statement that claimed the brand is committed to “anti-bullying in addition to our ongoing support of diversity and inclusion.”