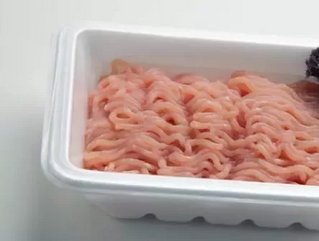 Well it’s a good thing this didn’t happen in November. The Agricultural Department says meat producer Cargill is recalling 36 million pounds of ground turkey due to a death in California and at least 76 other salmonella illnesses in 26 states, which date back to March. Today’s recall makes for one of the largest meat recalls in history.

Minnesota-based Cargill has recalled the fresh and frozen ground turkey products produced at its Springdale, Arkansas plant produced from February 20 through August 2. Cargill says packages with the code “Est. P-963” are affected, though packages were labeled under several different brands. Some of the turkey products weren’t even labeled and some went to food service establishments, creating even more of a scare.

Government officials say that even contaminated ground turkey is safe to eat if it is cooked to 165 degrees Fahrenheit and handled properly before cooking. I’m sure it’s pretty safe to say that consumers will not even come close to anything labeled “contaminated” nor will they try and cook it properly and eat it anyway. Nice try though, government officials.

Cargill says all ground turkey production has been suspended at its plant until the company is able to determine the source of the contamination.