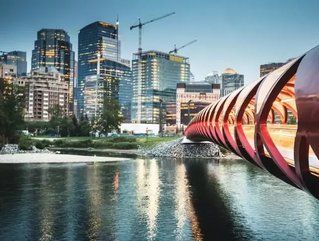 The Canada-based marketing and loyalty analytics company, Aimia, has confirmed Nathaniel Felsher as its new President and Chief Strategy Officer.

Mr Felsher will report to Chief Executive, Jeremy Rabe, following his move from Deutsche Bank in New York where he was jointly-responsible for co-heading the company’s aviation corporate and investment banking group.

Having worked at Deutsche Bank for the past 11 years as Global Co-Head of Aviation, Mr Felsher has global deal experience having finalised transactions in over 20 countries.

In a statement on Monday (27 August), Mr Rabe said: “We're extremely fortunate to have someone of Nat's calibre join our organization and round out our solid leadership team.”

“Having worked with Nat in the past, I believe his knowledge of the global loyalty and aviation space, strong relationships and corporate finance skills will be a huge asset to our business going forward.”

The news comes less than a week after it was announced the firm is set to sell its Aeroplan loyalty programme to an Air Canada-led consortium.

Following the end of Aeroplan’s partnership with Aimia, Air Canada set its sights on creating its own loyalty rewards programme that would launch in 2020.