Air Canada and Bombardier agree deal for up to 75 aircraft valued at $6.3 billion 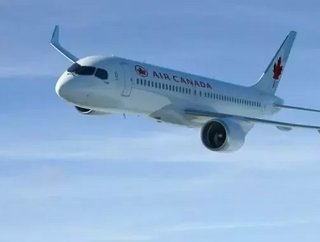 "I'm pleased to officially welcome Air Canada to our CS300 family of operators as one of our largest customers and early adopters," saidAlain Bellemare, President and Chief Executive Officer, Bombardier Inc. "As an innovative operator, admired for successfully reinventing itself and, like Bombardier based in Québec, Air Canada and the C Series aircraft are a perfect match.

"This order is a major statement of support for Canada's aerospace industry and will help support thousands of C Series related jobs," Mr. Bellemare continued. "It also serves as an important catalyst for renewed interest and subsequent orders."

"Over the past few years, we've been making transformative moves to boost our competitiveness and customer satisfaction to better position us for growth and continued success.  Finalizing the CS300 order is a key element to Air Canada's strategy to build one of the world's youngest and most fuel efficient fleets," said Calin Rovinescu, President and Chief Executive Officer, Air Canada. "This order also will help establish a Centre of Excellence for C Series maintenance work in Québec. Following a rigorous evaluation of its capabilities, we're confident that the C Series aircraft's superior range, economics and seating capacity will provide a stellar passenger experience and contribute significantly to our development plans to expand our network and increase point-to-point service to Canadian and transborder markets."

Deliveries are scheduled to begin in late 2019 and extend to 2022. At list price, the firm order for 45 CS300 aircraft is valued at approximately $US 3.8 billion. This amount would increase to $US 6.3 billion should Air Canada exercise all 30 option aircraft.

"We are proud to have Air Canada, one of the world's most respected airlines, as a C Series customer and look forward to building upon our long-standing partnership," said Fred Cromer, President, Bombardier Commercial Aircraft. "Finalizing this order ensures the strong momentum we've achieved with the C Series continues and further highlights the tremendous value the aircraft provides to our airline customers."

About C Series Aircraft
The C Series family of aircraft, representing the fusion of performance and technology, is a 100 per cent all-new design that offers operators up to US $13 million extra value per aircraft.

By focusing on the 100- to 150-seat market segment, Bombardier has designed the C Series aircraft to deliver unparalleled economic advantage to operators and to open up new opportunities for single-aisle aircraft operations.

In addition to delivering best-in-class economics with the C Series aircraft, Bombardier has placed considerable emphasis on cabin design to ensure a superior passenger experience. The aircraft offers 19-inch-wide seats that set a new industry standard, large overhead bins that accommodate a carry-on bag for each passenger, and the largest windows in the single-aisle market. Together, these attributes create a widebody feel that offers passengers an unparalleled level of comfort.

The game-changing C Series aircraft offers the best-in-class environmental scorecard and is the quietest in-production commercial jet in its class.  With a combination of outstanding short-field capability and a maximum range of up to 3,300 NM (6,112 km), the C Series aircraft is uniquely positioned for varied types of operations.