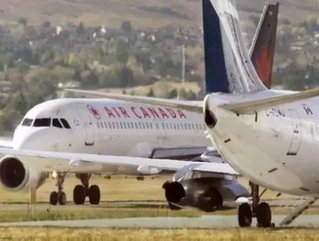 The competition over the Canadian business traveller is fierce these days, with main airline competitors Air Canada, WestJet and Porter Airlines adding new features to entice travellers while keeping cost-savings as high as possible.

Air Canada reported last week its first quarter results of a $210-million loss compared with a $19-million loss last year in the first quarter. The airline has also had significant and highly-publicized labour relations problems during the past year.

Meanwhile its competitor WestJet reported a record first-quarter net income of $68.3 million, up 42 per cent from the $48.2 million of last year.

To offset these losses, Air Canada has revealed that it is considering adding a “premium economy class” to target travelers that want the comfort of business class for the more reasonable economy class price. These premium economy seats would feature wider seats and more legroom for passengers for a slightly higher economy price. Air Canada is examining the pros and cons of reconfiguring its existing two-class seating arrangement of economy and business.

“We’re very well familiar with some of the benefits that you can have from having premium economy. The big factor, of course, is measuring the capital costs to transform airplanes. But that’s under study right now.” Air Canada chief executive officer Calin Rovinescu said during a conference call with analysts to The Globe and Mail.

Advocates think that the revenue raised from traveler booking the premium economy class would offset the slippage from passengers in business class who downgrade to economy.

WestJet is countering with the purchase of a fleet of Bombardier Q400s for its new short-haul carrier and the announcement of possible new seat configuration for its larger 737-800s. The additions will sound familiar, including roomier premium seats and a higher-density economy class.

WestJet signed a letter of intent for 20 Q400s, with another 25 on option. The order, which is expected to be firmed up shortly, has a value of roughly $600 million based on list price, but could grow to $1.35 billion if all the options are exercised, according to Canada.com.

It will be interesting to see which airline heavyweight will win the most business travellers.