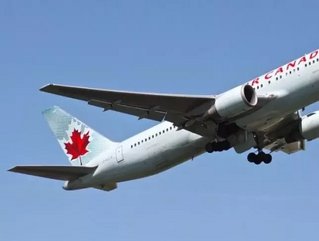 On Sunday, Air Canada Flight 624 touched down early at Halifax Stanfield International Airport in Nova Scotia, resulting in damage and an ongoing investigation.

According to Mike Cunningham, a regional manager of air investigations at the Transportation Safety Board of Canada, the plane came down about 1,100 feet from the runway, where it hit an antenna and severed a power line. Not only was a great amount of damage caused to the plane, but power was cut off to the airport, too, leading to the airport losing electricity supply for a portion of the night.

133 passengers were on the flight, as well as five crew members—25 people were taken to the hospital and treated for minor injuries. By Sunday afternoon, all except one passenger had been released from the hospital. And while heavy snow has been reported as a factor for the rough and destructive landing, an investigation is currently taking place; Air Canada is seemingly fully cooperating with authorities during this time.

Klaus Goersch, the executive vice president of Air Canada and COO, referred to the incident as “very unsettling.” A video of the incident surfaced, in which the plane appeared to have part of its nose missing, as well as damage to one of the wings.

The plane had left Toronto late Saturday night before crashing at the Halifax. Dozens of investigators have arrived at the scene to determine the cause of the accident; the plane’s black boxes are currently on their way to engineers to be properly evaluated.