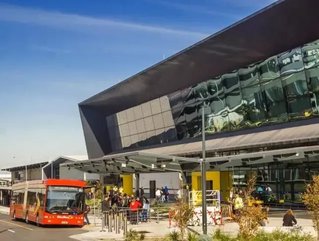 Air Canada has announced that it has successfully begun to offer a new non-stop flight from Canada to Melbourne.

An Air Canada Boeing 787 Dreamliner departed from Vancouver on 1 December, arriving on the morning of 3 December at Melbourne’s Tullamarine Airport, becoming the only flight service that links the two cities.

"We are delighted to welcome customers onboard our flights to Melbourne, our newest destination in Australia,” said Benjamin Smith, President of Passenger Airlines, Air Canada. “Our seasonal service will be of particular interest to Australians travelling for a Canadian winter vacation and North Americans travelling to enjoy Australia's summer season.”

The flight that takes approximately 12 hours will be available four times each week until 4 February, where after a year-round service will begin in June 2018.

“The launch of year-round service next June will provide additional options for business and leisure travellers between our two continents,” Smith continued. “Our Melbourne flights complement our daily flights from Canada to Sydney and to Brisbane, solidifying our market-leading position as the airline providing the most service between Canada and Australia.”

The announcement comes in the same week as Air Canada announcing a number of new domestic routes for the summer of 2018, including Toronto to Nanaimo and Kamloops, and Montreal to Victoria.