Air Canada modernises its fleet with the new Airbus A220 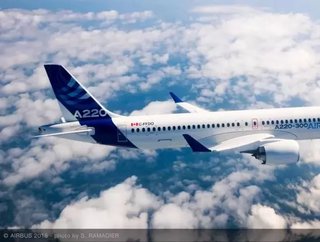 Air Canada has revealed that it will add 45 Airbus A220s to its fleet, a state-of-the-art aircraft created in collaboration between Airbus and Bombardier.

Described by Airbus as ‘purpose built for efficiency’, the Airbus A220 portfolio - which includes two models: the A220-100 and A220-300 - has been specifically designed to maximise space whilst reducing the overall size of the aircraft, accommodating 100-150 seats.

The A220 also takes into account the global demand for eco-streamlined aircraft. Featuring engines that are 20% more fuel efficient and 50% less noisy, Airbus is confident that its new family of aircraft “represents the most efficient aircraft in the skies in their class, with low operating costs and the lowest noise levels of any commercial jet in production.”

Confident of the impact the A220 will have on its customers, Air Canada believes the aircraft’s design and cabin will be particularly well received. "This is an historic moment for Air Canada as we welcome the Airbus A220 into our fleet,” said Calin Rovinescu, President and CEO of Air Canada. “The arrival of the first of our order of 45 A220s, with a list price value of US$3.8 billion at the time it was made, underscores our contribution to Canada's aerospace industry and its economy.”

The maiden voyage for Air Canada’s A220-300 took place on 16 January 2020, flying from Montreal to Calgary. As each of the new aircraft are gradually introduced, the company intends to add destinations in Toronto, Ottawa, Winnipeg, Calgary, Edmonton and New York.

Other big names in the aviation sector have announced orders for the new aircraft. EgyptAir has reportedly purchased 12 A220-300s, whilst Air France intends to acquire 60 for its own fleet.

Of the latter, Christian Scherer, Airbus Chief Commercial Officer, said, “The largest Airbus A220 order from a European carrier to date speaks volumes on Air France’s ambitious sustainability drive. The modern and fuel-efficient Airbus A220 will contribute to lower fuel burn and CO2 emissions significantly compared to older generation aircraft.”