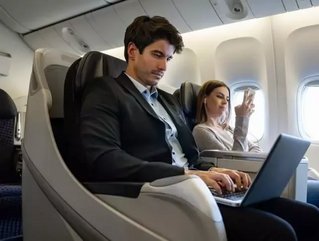 TripAdvisor named Air Canada as the best airline in North America for Business Class travelling during its Travellers’ Choice Airlines awards for 2019.

“We know our premium customers place a high value on convenience and comfort when in airports or onboard, and this award shows that our customers, whom we thank for their continued loyalty, appreciate the investments Air Canada is making.”

Last year, the carrier launched its Air Canada Signature Class, which made the airline the first to introduce lie-flat seats for premium customers on transcontinental flights within Canada and to the US.

“Congratulations to Air Canada for being named a Travellers' Choice Airlines winner this year,” remarked Bryan Saltzburg, President of Flights, Cruise and Car at TripAdvisor.

“This prestigious award recognizes travellers’ favourite airlines worldwide based on review data from our global community.”

“This consumer accolade is a testament to outstanding service, world-renowned quality and amazing value.”

“The Air Canada team should be proud of their award, as travellers around the globe have said this airline is among their preferred carriers when choosing to fly.”