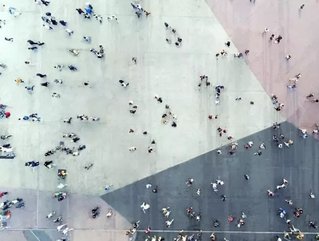 Air Canada and Drone Delivery Canada (DDC) have jointly announced an agreement regarding their commercial cooperation.

The agreement will see Air Canada Cargo market and pursue sales of DDC's drone delivery services in the country. It is initially set to last ten years from May 29, 2019.

Speaking of the growing potential of drone delivery, Air Canada hopes to leverage the agreement to provide logistics companies with access to the technology. On its side, DDC says it will gain access to Air Canada Cargo’s expertise and its ability to develop, promote and sell DDC services.

“This agreement greatly accelerates our commercial roll out in Canada,” said Tony Di Benedetto, CEO of Drone Delivery Canada. “Our drone delivery services will be extensively marketed as we work to establish operations across the country leveraging Air Canada Cargo’s brand presence and their established sales network and marketing reach. DDC will benefit from Air Canada’s Cargo’s expertise and ability to promote and sell DDC services through Air Canada Cargo’s industry leading marketing and sales technology channels in Canada, which will support our efforts to establish DDC as Canada’s first national drone cargo solution. Next, DDC hopes to pursue even larger markets in the United States and Europe.”

DDC said that it intended to build and operate up to 150,000 drone delivery routes in Canada, including timetables, flight schedules, payload capacities, type of drones to be deployed, and payment terms, subject to obtaining required regulatory approvals.

"Air Canada is pleased to partner with Drone Delivery Canada, a leading player in today's emerging drone industry,” said Tim Strauss, Vice President of Cargo at Air Canada. “We believe drone technology has the potential to offer the cargo community cost-effective solutions to complex issues related to supply chain distribution in non-traditional markets, including remote communities in Canada. It is another way Air Canada Cargo is innovating and engaging with new technologies, such as artificial intelligence and digital technologies, which are transforming the cargo landscape."

The announcement comes amid a flurry of activity in the drone delivery space, with Amazon and the Alphabet-owned Wing gearing up to launch the technology.