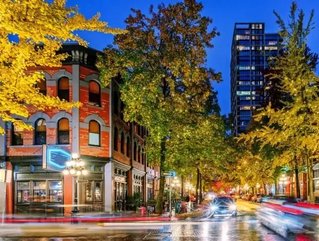 As of 1 September 2018, renters in Vancouver using the Airbnb platform must have an official permit in order to operate
Short-term rentals on Airbnb must now display a valid business licence, with anyone violating the law to incur up to CA$1,000 in daily penalties, according to CTV.
The new policy took effect on 19 April, but the city gave renters until 31 August to acquire the licence and update their listings accordingly.
Despite the 31 August deadline now having passed, CBC reports that thousands of short-term rentals lacking licences are still active in Vancouver.
According to CTV, Airbnb claims to have removed 2,500 uncompliant listings, although resistance to the policy amongst renters appears to be deeply rooted.
CBC adds that Jens von Bergmann of MountainMath Software, a data modelling and visualization firm, found last week that nearly half of the 4,690 listings he analysed were still missing a licence.
See More:
With the deadline at the time fast approaching, he said it was unlikely that each of the unlicensed listings would meet the new regulations in time.
Mr Von Bergmann added: “I think there’s some delusion on behalf of the operators that somehow these rules don’t apply to them”.
The bylaw now means that renters can only list short-term rentals for their primary home, with the aforementioned fines applying to any listings found for secondary suites or commercial units.
VancouvertourismlicenceAirbnb
Share
Share