Alaska will Become fifth largest U.S. air carrier, but is this deal good for customers and investors? 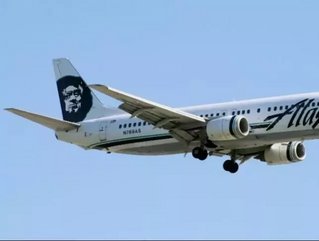 Alaska Air is about to join the big leagues. If shareholders give their approval this June, then Alaska Air will go ahead with its $2.6 billion dollar acquisition of rival Virgin America. That will make Alaska the fifth largest domestic U.S. airlines, in a landscape where the number of players has been drastically reduced through past mergers and bankruptcies.

What will this mean for shareholders and customers? The industry observers peering into their crystal balls don't all agree on what they see.

What the Merger Means for Investors

The good news is that the merger will give the Seattle-based Alaska Air much-needed space in California airports, giving it a stronger presence all up and down the West Coast. That should turn Alaska into a stronger competitor against its rival Jet Blue. Alaska also neutralizes another competitor -- Virgin, which had threatened Alaska with its ultra-low pricing. By taking ownership of Virgin, Alaska neatly eliminates that threat. Also boding well for the merger will be Alaska's ability to cut costs by streamlining resources used by the combined companies.

The bad news is that Alaska is paying a large premium for Virgin. If the price of fuel goes up, or if the airline industry hits a rough patch for any other reason, Alaska's gamble may not pay off.

What the Merger Means for Customers

Virgin America customers love its cool factor -- the mood-setting purple lighting, the high-tech on-flight perks. Alaska's flights are much more mainstream. Virgin's customers worry that even if Alaska runs Virgin as a separate airline, it could still destroy the things that made the experience of flying Virgin so special.

There is also a question of whether Alaska will raise Virgin's prices. Alaska Air's chief executive called the deal a "pro-consumer transaction" that would not lead to higher prices, but some observers are skeptical.

For both customers and investors -- and for Alaska Air itself -- this deal is a roll of the dice that could go either way.