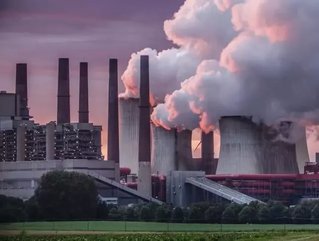 Alberta will continue to levy a CA$30 tax on carbon emissions produced by the biggest contributors to greenhouse gases in the region.

The Technology Innovation and Emissions Reduction (TIER) system, announced on 29 October, will replace the NDP regulations proposed in 2018, with the new legislation coming into force on 1 January 2020. 127 organisations, producing over the marked 100,000 tonnes of carbon, will be affected, with oilsands operations, chemical manufacturing, natural gas processing plants and fertiliser production all included. Electricity suppliers are not expected to be widely affected.

The announcement from Premiere Jason Kenney hopes to help Alberta avoid intervention by the Ottawa government, as stricter regulations could have been put in place if federal expectations around greenhouse gas emissions were not met. The proposed $30-per-tonne tax on emissions meets the minimum requirements set by the federal government.

Alberta’s United Conservative party has opposed the $30 levy, calling it unconstitutional and saying it imposes higher taxes on consumers. The tax is set at a higher amount than the $20 Kenney proposed in his spring election bid, but the higher tax ensures that the region is in line with federal targets and that it will avoid higher levies being imposed under the backstop introduced into the federal regulations.

Speaking of the decision, Kenney said, “We did hear loud and clear that they wanted us to go to $30 now. They wanted equivalency, they wanted to be regulated in the province of Alberta and not by the federal government. That’s what we’ve accomplished for January, 2020.”

Officials have stated that the TIER system will lead to a reduction of 50 megatons in emissions by 2030. The funds from the tax will go towards the construction of Alberta’s $30mn “war room” aimed at tackling online opponents of the oilsands operations.