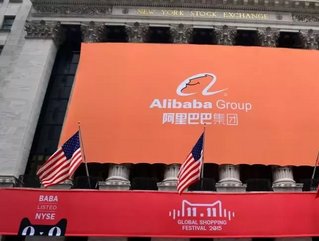 Canada looks set to be the next key centre for ecommerce expansion, with both Amazon and Alibaba looking to the country in the attempt of increasing their respective cuts of the global ecommerce market.

In an attempt to get ahead, Alibaba’s founder Jack Ma is holding a business summit named Gateway 17 in Toronto to try and get firms on board with the platform.

Whilst Amazon target the consumer, Alibaba look to get businesses on board to act as merchants on the platform, with almost all of the company’s 500mn customer base located in China.

“We want to provide access to the Chinese consumer. The landscape in China has changed from an export economy to a consumer economy. Its growing middle class wants to upgrade their lifestyles. As Jack Ma says, Alibaba was born in China but created for the world,” said Jennifer Kuperman, Alibaba’s Head of International Corporate Affairs speaking to Business Review Canada.

In line with this, as stated in its name, the Gateway 17 summit will be geared towards showing businesses how they can use Alibaba to access the ever-growing consumer market in China.

“Canada produces some of the greatest products. Living here, we may take that for granted. But seeing it in China, where the Chinese consumer has never had access to many of these products, this is a huge opportunity for Canadian businesses to grow their business,” said Alibaba Group President Michael Evans, speaking to BNN.

“There are more people running around in China with Canada Goose jackets on than you can believe.”

Alibaba may well be successful in attracting Canadian businesses, holding the summit at a time when many of the country’s exporters are becoming increasingly worried about their future access to North American markets with the ongoing NAFTA talks still underway and progressing slowly.

For more on the growing overlap between Amazon and Alibaba, check out our feature in the October Edition of the Business Review Canada magazine.