Alibaba partnership could see Ford sell its vehicles in China 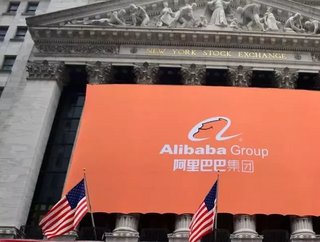 Ford and Alibaba have signed a new partnership that could potentially see the US automaker sell its vehicles through Alibaba’s ecommerce platform within China.

The partnership remains to be quite broad, focusing on several areas including cloud computing, connectivity and artificial intelligence (AI).

However, within this, the two companies also mentioned that they would be exploring new retail opportunities – something that is likely to see Ford begin selling its vehicles through the online sphere of Alibaba.

“In the initial phase, Ford and Alibaba will explore a pilot study on digital solutions for new retail opportunities at various stages of the automotive ownership cycle, from pre-sales and test drives to leasing options,” Ford said.

The announcement comes just two days after Ford revealed that it would be looking introduce up to 15 new electric or hybrid vehicle models in China by 2025 – a market expansion that it would be required to do with a local partner due to Chinese regulations.

“China is one of the world’s largest and most dynamic digital markets, thriving on innovation with customers’ online and offline experiences converging rapidly,” said Jim Hackett, President and CEO of Ford. “Collaborating with leading technology players builds on our vision for smart vehicles in a smart world to reimagine and revolutionize consumers’ mobility experiences.”

The new partnership was signed in a letter of intent between Hackett and Daniel Zhang, President and CEO of the Alibaba Group, at the Chinese firm’s headquarters in Hangzhou.