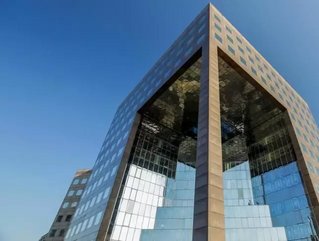 Allied, a Toronto-based real estate investment trust, could spend more than $80 million to renovate the 700 de la Gauchetière St. W (700 DLG) building, recently vacated by the National Bank of Canada, according to Chief Executive Officer, Michael Emory. The renovation could start as early as 2020 and would look to make the space more open and appealing to technology companies, Emory said.

“Mission No. 1 for us in Montreal is 700 DLG,” Emory said. “It’s producing good income, but it’s very important that we show the world, and ourselves, that we can indeed transform the building the way we say we can. The nice thing about 700 is that it’s not financially urgent. It’s more reputationally urgent.”

De la Gauchetière, the 28-storey tower, was originally built for Bell Canada and comprises 900,000 square feet of office space. Allied paid C$322mn to acquire the property in July. Plans include stripping back drywalled pillars and lowered ceilings to bring in more “abundant” natural light, as well as rights to build an additional 300,000ft of additional office space on the northeast corner.

700 DLG already has tenants signed onto its lease and once the National Bank has vacated, Hydro-Québec will be the largest tenant with 12 years left on its lease.

Telus to invest $16mn in Alberta over five years

Th National Bank of Canada is due to leave the premises in 2022, moving to a new $500mn tower on St. Jacques St. W, the building will be 40 storeys tall when completed and will be one of the tallest on the Montreal skyline, offering 1mn square feet of commercial space.

The revamp is predicted to cost between $5mn and $15mn to complete, Emory said. Currently Allied owns 4.3mn square feet of office space in Montreal, including the video game giant Ubisoft’s offices in Mile End and the historic Nordelec, Canada’s largest brick and beam structure.

Speaking of the acquisition Emory said, “Everything that Allied owns in Montreal today, I envision Allied owning indefinitely,” he said. “We don’t build and sell, or redevelop and sell. When we make a big investment like we just did, we are making it to hold and have very good long-term income streams.”