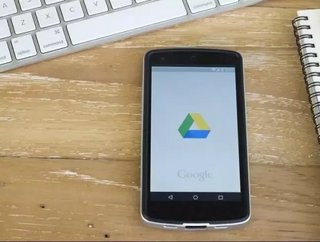 Earlier this week we posted Part One of this story, featuring the reasons for Google's Alphabet launch and some of its benefits. Today we're concluding with a look at further benefits and investor analysis.

The new separation could also reduce some of the suspicions people have about what Alphabet plans to do with all the data it collects and stores from its various services.

Look at how Nest, most known for its smart thermostat, has expanded into other gadgets. Although the company insists it doesn’t share information with Alphabet, people still worry about it. After the change, there's a much clearer divide between those two companies, and it gives Alphabet a little more cover from some of the criticism.

Putting stock in it

Investors are hopeful this move will mark a new era of transparency at Alphabet, which has kept a tight lid on the financials of YouTube, Android, and other properties. Calico, Alphabet’s research company dedicated toward increasing lifespan, has quickly acknowledged new collaborations with scientists and institutions; however, it has disclosed almost nothing in the way of financial details. In fact, much of Calico's operation is being kept under wraps.

Alphabet continues to trade below its all-time high, even after the restructuring announcement. A new set of divisions, broken out more visibly, will not mitigate the slowing growth of its main business. As Wall Street picks apart the new Alphabet figures, it still will look primarily at the search division. Aside from decelerating revenue growth, the issue of rapid employee additions will be part of the calculation. Investors have been wary of Google’s habit of adding thousands of employees a year without saying what these people will do.

Alphabet shares had lagged behind other technology companies for most of the year, until the company reported better-than-expected second-quarter results and signaled plans to rein in spending on ancillary projects.

The decision may not be enough to move the stock much higher. That will depend on the company’s slowing revenue, and whether Alphabet can milk that revenue for more profits. On average Alphabet is trading on average moderately below its all-time high, at $634 against its top of $678.

Restructuring and renaming the company so far have not produced a tangible, compelling strategy for the overall enterprise. On the other hand, if this move helps inspire corporate flexibility, the reasons for owning the stock would dramatically improve and increase.

For years analysts and investors have scratched their heads at the company’s collection of businesses and ventures because they couldn’t see how these reflected or comprised a coherent strategy.

Perhaps now the master plan is beginning to unfold.