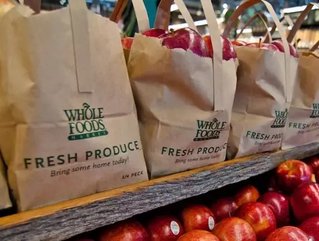 The US Federal Trade Commission will not stand in the way of Amazon's acquisition of Wholefoods in what is one of the e-commerce giant's biggest acquisitions to date.

The FTC had considered whether the takeover would substantially hamper competition in the industry and decided not to investigate further, the competition regulator said.

Amazon also cleared another hurdle as the grocers' shareholders also approved the deal on Wednesday. Amazon’s shareholders did not need to sign off on the deal.

The merger will combine Whole Foods store network with Amazon’s delivery expertise, in what some have called a “game-changer” for the US grocery sector.

The pair is expected to finalise in the merger in the second half of this year, in what could mark the biggest retail deal of 2017.

Whole Foods approached the e-commerce giant about a merger this spring, as it grappled with falling sales and pressure from investors to improve performance.

The takeover represents a dramatic shift in Amazon’s business model, from solely selling items online to branching out to brick-and-mortar operations also.

Once the deal is finalised it will give the e-commerce firm an instant bricks-and-mortar network, with Whole Foods' 470 stores in the US, Canada and the UK.