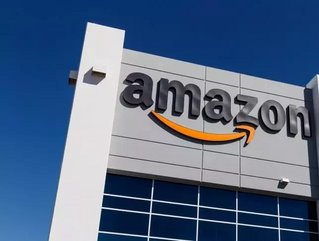 Ecommerce giant Amazon has released details of five utility-scale solar projects under development to power operations in the US, China and Australia...

Ecommerce giant Amazon has released details of five utility-scale solar projects under development to power operations in the US, China and Australia.

In total, the 615 MW combined capacity of these five developments is expected to generate 1.2mn MWh of power. Amazon has stated that this energy will play a critical role in sustaining its AWS cloud data centres and fulfilment network.

“As a signatory to The Climate Pledge, we’re committed to meeting the goals of the Paris Agreement 10 years early and reaching net-zero carbon across Amazon by 2040,” commented Kara Hurst, VP of Sustainability at Amazon.

“These five new renewable energy projects are a critical part of our roadmap to reach this goal. In fact, we believe it is possible to reach 100% renewable energy by 2025, five years ahead of the goals we announced last fall. While this will be challenging, we have a credible plan to get there.”

The company has now commissioned 91 cumulative solar and wind projects around the world. With a combined energy capacity of 2,900 MW (7.6mn MWh annually), Amazon’s facilities could provide enough energy to run 680,000 average US households.

Well-received in the community

“The announcement of this new Amazon solar project helps the Commonwealth meet our climate goals and contributes to our economic growth. The Virginia Clean Economy Act will help to drive more clean energy investments like this, to make Virginia a national hub for clean energy jobs,” said Senator McClellan.

“I am pleased that Amazon continues to invest in Virginia’s clean energy future. The Virginia Clean Economy Act has put us on a path to 100% clean energy and companies like Amazon are critical to helping us achieve that goal,” added Delegate Sullivan Jr.